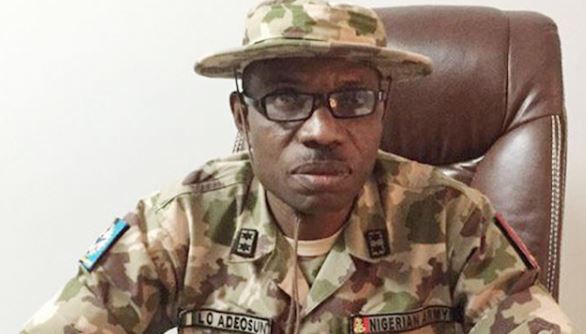 President Muhammadu Buhari has approved the accelerated promotion of Major General Lamidi O. Adeosun, the Chief of Training and Operations at Army Headquarters to the rank of Lieutenant General.

The two senior officers along with Lieutenant AJ Danjibrin of 211 Demonstration Battalion Bauchi who was promoted a captain were rewarded for their extraordinary feats, courage, exemplary leadership, loyalty, uncommon commitment and valour in the counter-insurgency operation in the North Eastern part of the country.