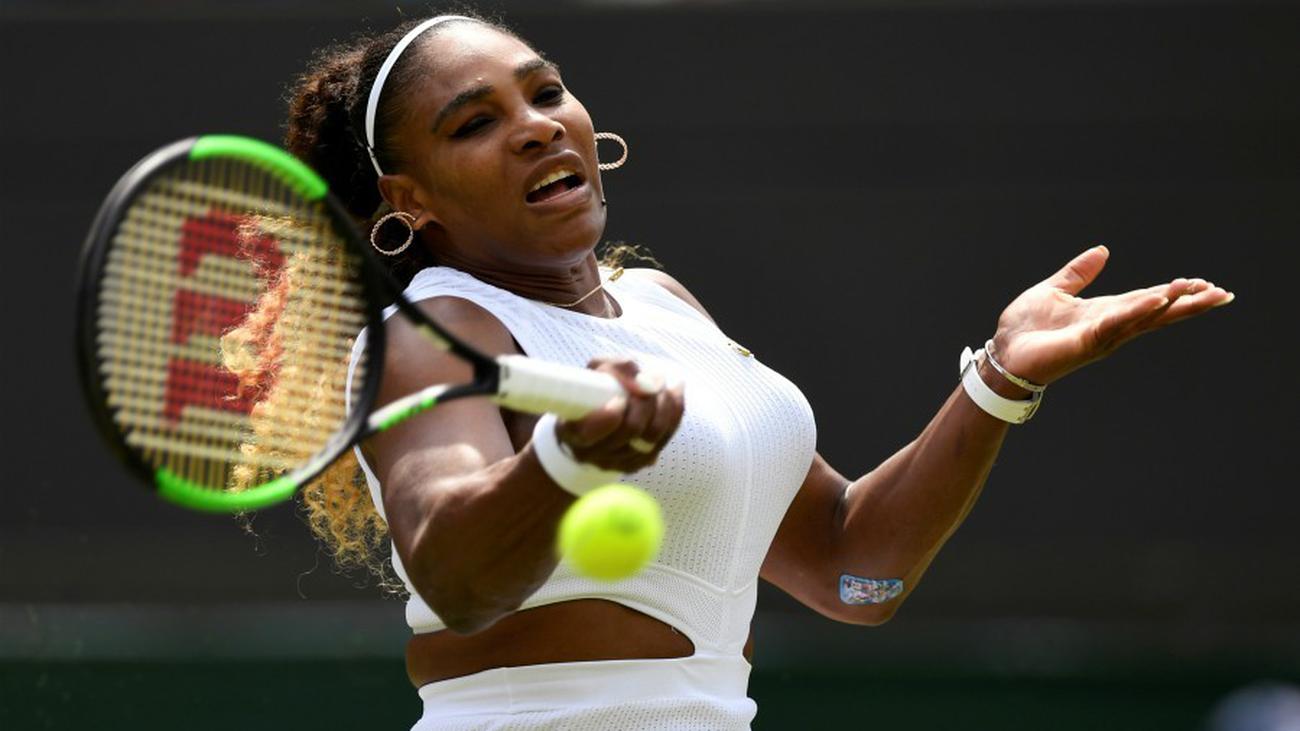 It was business as usual for Serena Williams as she went back to the day job and surged into the Wimbledon quarter-finals. Andy Murray’s doubles partner is a pretty handy singles player too, as demonstrated by a dominant victory over Carla Suarez Navarro.

Seven-time champion Williams, who delighted Centre Court alongside Murray on Saturday evening, moved ominously closer to an eighth title with a 6-2, 6-2 win.

The 37-year-old, sporting a child’s plaster on her left elbow, never looked like coming unstuck against the world No 31. Two breaks of serve gave her the first set in just 31 minutes, the highlight a stunning flicked backhand across the helpless Suarez Navarro.

Williams also looked more confident at the net than in her previous matches, so maybe the Murray link-up is paying off. Two more breaks at the start of the second put Williams in total control, although Suarez Navarro did at least lay a glove on her with a surprise break to love.