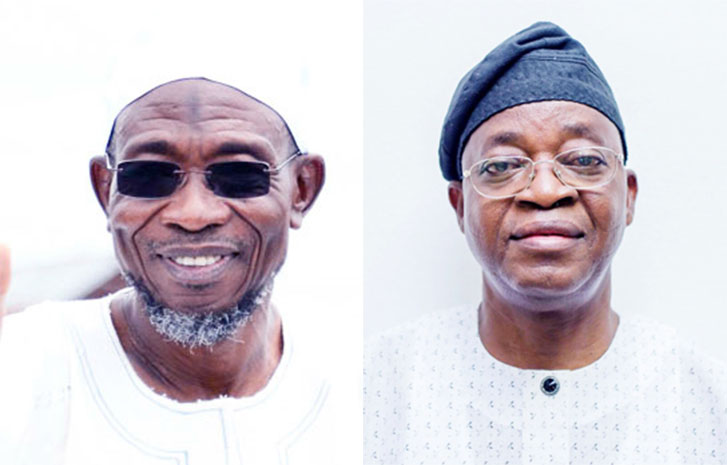 Osun State governor, Mr. Gboyega Oyetola, on Monday in Osogbo said he would pay all the salary arrears owed workers by the immediate past administration of Governor Rauf Aregbesola.

He made this disclosure when civil servants hosted him for his victory last Friday at the Supreme Court, which affirmed his mandate in the September 2018 election.

The apex court’s decision ended the almost eight months litigation over the election and sealed the hope of the candidate of the Peoples Democratic Party (PDP), Senator Ademola Adeleke.

Oyetola averred that “I will not only sustain the payment of your full salary but by the grace of God, I’ll pay your arrears. I will prioritise your welfare.”

He, however, maintained that civil servants must believe in the administration, be dedicated, give their full support, show understanding and commitment to duty.

While urging the workers to be partners in progress, Oyetola added that they must also deliver on efficiency and productivity because they are the drivers of his promise to deliver democracy dividends to the people.

“I have no reason not to hit the ground running, we will deliver on our promises,” he remarked.

Reflecting on the period of litigation, Oyetola, who took the mantle on November 27, 2018, said: “the journey was tough and full of distractions. It was a difficult period for planning. Anytime you made a move to plan, you remember that it is only if all things are equal. You did not know how long you could plan.”

Oyetola explained that he refused to allow his spirit to be dampened by reminding himself that tribulation was part of life and that “even Jesus Christ faced tribulation. He was crucified, so who are we? Our state is bound to go through a difficult time but the important thing is that we have triumphed.”

“Now the battle is over, I call on everybody including the opponents to support us to move the state forward because I believe in participatory government”, he asserted