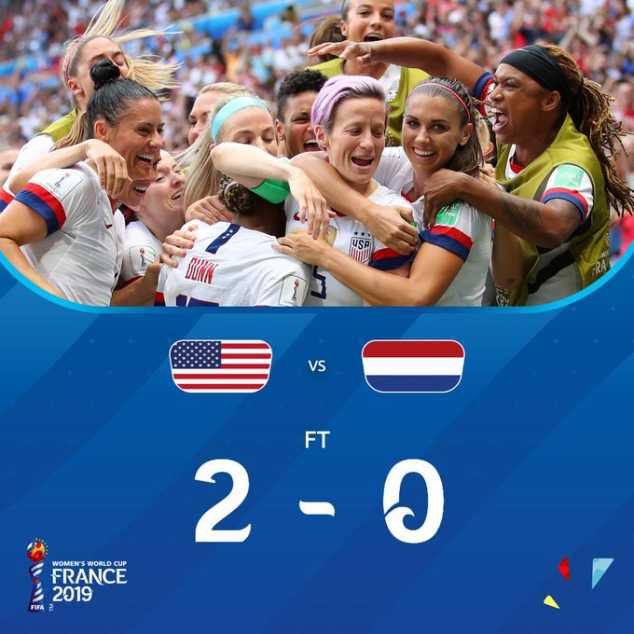 USA have won the 2019 Women’s World Cup after a final 2-0 win against Netherlands in France, MySportDab reports.

The United States were massive favourites and secured the win thanks to a penalty from Megan Rapinoe and fine Rose Lavelle effort.

USA, who knocked England out in the semi-final, won four years ago beating Japan 5-2 in the final.

The victory sees Jill Ellis’ side successfully defend their World Cup title won in 2015, while adding to triumphs in 1991 and 1999.

Their four titles is the most of any nation since the tournament began in 1991, with Germany the closest with two titles.

It also continues a run of dominance from the USWNT that has seen them lost just once in their last 45 matches – a 3-1 defeat to France last January, amassing a record of 39-1-5 over that span.

USA players are seen celebrating wildly after the final whistle.