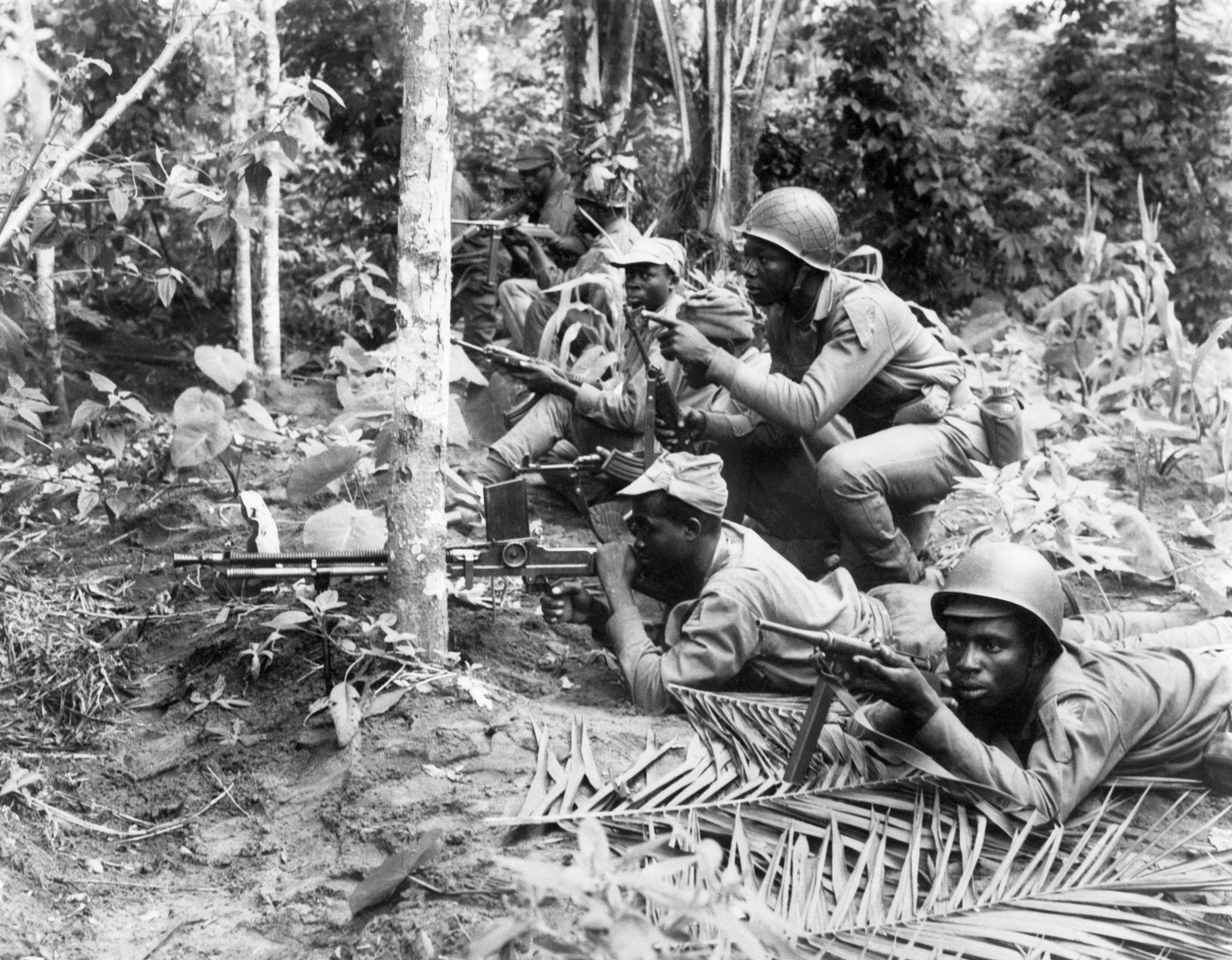 On 6 July 1967, the Biafra War erupted. It lasted more than two years, claiming over 600,000 lives. Emeka Odumegwu-Ojukwu was the leader on the Biafran side. The war broke out when he launched a rebellion to form a separate country as a result of the pogrom in the North against his people.

Has Nigeria learnt from history? The story is presented here again (the first was in TheNEWS in 2016) to set agenda for the government and the governed. May Nigeria never experience such again!

The Story is entitled:

Damola Awoyokun, an engineer and historian has perused hitherto hidden dispatches from British diplomats and intelligence officers on Nigeria’s first coup—a very bloody one—executed by Chukwuma Kaduna Nzeogwu and Emmanuel Arinze Ifeajuna on 15 January 1966. The coup in which political leaders and military officers of northern Nigeria extraction were majorly killed triggered a counter-coup and eventually declaration of Biafra and a civil war. TheNEWS today shares the rare insight into the bloody event of 15 January 1966 and we believe it may serve as a good lesson as the drums of war are being sounded in some parts of our country

It was a soundless morning, dark, pulsating, starless. The harmattan spiked the 2am air with prickly cold and fog. With his finger to the trigger, the 28-year-old Major Patrick Chukwuma Nzeogwu addressed the soldiers from Charlie Company of the 3rd Infantry Battalion and some Nigerian Military Training College (NMTC) personnel. They were armed with fury, submachine guns, knives, grenades, torchlights, rocket launchers. Nzeogwu reeled about how the politicians had dragged the country to the cliff of fall and kicked it down into a worst-case scenario. He reeled about nepotism, large scale looting of public wealth, persistent poverty of the people, the yearnings of millions hollowed out by afflictions, the epidemic of insecurities, the Tiv riots, the Western Region’s daily bloodletting, the country’s tireless race to the bottom instead of high up to the plane of regard.

He pointed to Sardauna’s residence right behind him as the ultimate symbol of the filth Nigeria had become. His fellow soldiers were stunned. They did not know they had been turned into reluctant rebels. They thought this was supposed to be another night’s training exercise the brigade high command had approved for them which they started two weeks previously. Nzeogwu then asked the soldiers to concentrate on how to be necessary and to feel proud that they were the ones called upon to rescue the nation, to show the way, to be the new founding fathers of a better Nigeria. In other words, like Homer’s Illiad, he was asking them not to see the epic bloodbath that was about to start as an outbreak of evil, but their generous contribution to the redemption and welfare of the nation.

Four hours earlier around 10 o’clock, the last lights in the Sardauna’s household had gone out. They were expected to wake by 4am to eat suhur, the predawn meal to begin the fast. Ramadan started on 23rd December 1965. A week earlier, the Prime Minister Mallam Tafawa Balewa Abubakar met the Queen and the British Prime Minister Harold Wilson. He had invited all the Commonwealth Prime Ministers for a special meeting in Lagos from 11- 12 January to resolve Rhodesian crises. It was the first of its kind outside London. On 19 December, he went to the small village of Arondizuogu in Orlu for the commissioning of his trade minister, Dr Ozumba Mbadiwe’s Palace of the People. Built by Italian contractors, it was a three-storey affair resplendent with blue terrazzo walls, swimming pool and a fountain, grand conference halls and event rooms, red carpet and gilt chairs. All these in a village where most houses were still born of mud and thatched roofs.

Since the first tarred roads were constructed in 1890s in Lagos, and the first dual carriage way in Nigeria – Queen Elizabeth Road – appeared in 1956 in Ibadan, no road in Arondizuogu or in Orlu had ever been graced with bitumen before. Yet Mbadiwe situated the grand palace there as a source of pride for his people. At the commissioning ceremony, the Eastern Premier, Dr Okpara never saw the project as a white elephant planted by megalomania and watered by corruption, rather he hailed the project as “a great achievement for one of the priests of pragmatic socialism to have been so clever to accommodate this building within the context of pragmatic African socialism.” The press placed the value of the house at least half a million pounds. Mbadiwe said it was “at most £40,000.” After the commissioning, Abubakar then proceeded to his farm in Bauchi for his annual leave. On Tuesday 4th of January, he joined the retinue of well-wishers in Kaduna airport to bid farewell to his in-law and godfather, the Sardauna, who was going to Saudi Arabia to perform Umra, a lesser hajj, in the company of 184 other state-sponsored pilgrims. The cost of the one-week pilgrimage to the government was around £17,000.

That morning, The New Nigerian newspaper wrote an unprecedentedly scathing editorial laying the blame for the region’s financial woes and lack of development on Sardauna inefficiencies and ineptitude and asked him to “put his house in order.” When Nzeogwu read the editorial, he went straight to the paper’s newsroom and demanded to see the writer. He was in his uniform and his eyes were red. No one knew him nor had seen his face before. The staff did not know what to make of his demand. The expatriate managing editor Charles Sharp then stepped forward. Nzeogwu shook his hands and said the content and tone of the editorial reflected their thinking in the army and they had resolved to put that house in order. The newsroom did not understand what he meant until the morning of the January 15. The paper was the first to publish for the world the picture of Sardauna’s house still smouldering in the flames of Nzeogwu.