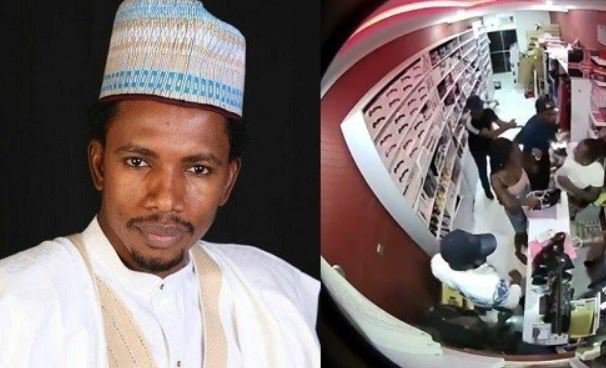 Senior Advocate of Nigeria (SAN), Jibrin Okutepa, has called for the prosecution of Senator Elisha Ishaku Abbo for criminal misconduct, despite his apology.

The eminent lawyer said the wrong signal would be sent that Abbo is above the law, if he is not punished for assaulting a woman.

He said: “As a lawyer trained to defend and prosecute offenders, the apologies of this senator constitute an admission of criminal act, and he should be charged and duly tried. Our criminal law has been violated.

“The defendant has confessed. He must be punished for that criminal misconduct for it to serve as deterrent to others.

“While it is within the province of ecclesiastical doctrine to forgive sinners, we must avoid allowing those who transgressed our criminal laws to escape punishment they richly deserve on mere apologies.”

Okutepa wondered whether the apologies would remedy the slaps received by the hapless woman.

“Our humanity has been degraded. Will the apologies atone for the criminal conduct of battery and assault he repeatedly meted out to the woman?

“I think this senator is playing on the emotional intelligence of Nigerians. Nigerians, being who we are, easily forgive and forget wrongs done to us. That is why our society remains backward. The absence of sanctions is what makes this great country live in poverty in the mist of abundant resources.

“How can a man in his right senses slap a woman and hope to get away with it because he thinks Nigerians are quick to forgive?

“The criminal justice system will be suffering injustice and ridicule, if this man is not prosecuted. The senator must also pay compensation to the lady he assaulted.

“Apologies, though accepted, are not enough to atone for the show of shame and criminality displayed in the video,” the SAN said.

“The press must be at the forefront of holding our public officers accountable. Enough of journalistic docility or partisanship! The duty of the fourth estate of the realm is to inform, educate and entertain. We must encourage the press to do so,” Okutepa added.

In a petition to the Inspector General of Police (IGP), the eminent lawyer recalled the content of the video clip that implicated Abbo and the senator’s public apology to the assaulted woman.

He decried the senator’s action in the presence of an armed policeman, who he said arrested the woman “after the assault and torture”.

Falana added: “Quite embarrassingly, the distinguished senator had admitted that he assaulted the lady because she was supporting the shop owner who had called him a drunk.

“Pursuant to the clear provisions of Section 2 of the Anti-Torture Act, 2015, and Section 265 of the Penal Code, we demand the immediate arrest and prosecution of Senator Abbo for assault occasioning harm and torture.

“We also request that the police officer, who arrested the nursing mother, should be sanctioned for naked abuse of power.”

Activists, under the aegis of African Women on Board (AWB), a non-profit dedicated to reshaping the future for African women and girls, yesterday condemned Abbo for slapping a woman several times.

A statement by AWB’s founder and chairperson, Dr. Nkiru Balonwu, queried the rationale behind the senator’s behaviour.

“Given the appalling behaviour displayed Video footage, is an apology enough? Shouldn’t we demand more from our elected officials to send a clear message that abuse of any form is unacceptable, no matter who carries it out?” she said.

“However, the overarching culture, which allows violence against women to thrive, is even more deplorable.

“The continent …can only move forward, if we take time to reflect on how we are holding women back and physically keeping them in harm’s way,” she said.

Seeking justice for Abbo’s victims, Balonwu noted that though the Senate had ordered a two-week probe into the incident, “if the situation were reversed, would the Senate hesitate to call for the woman’s arrest?”

She added: “Aren’t the woman’s account and the video sufficient evidence of what transpired? We cannot wait for two weeks! The evidence is clear and the next steps are unquestionable. Senator Abbo must resign…”