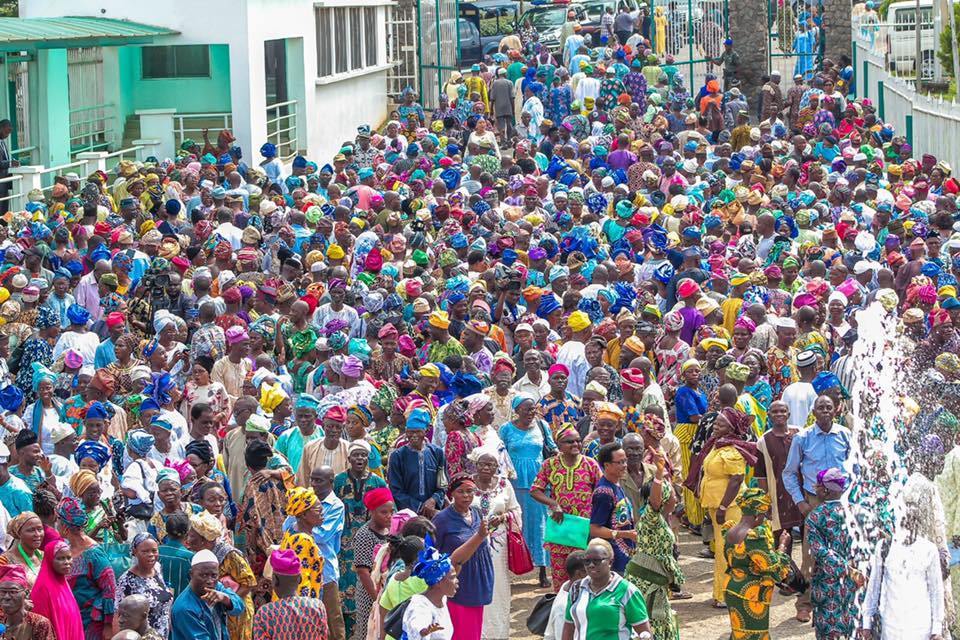 Retirees under the aegis of Nigeria Union of Pensioners (NUP) in Oyo State have called on Governor Seyi Makinde to as a matter of urgency declare a state of emergency on pension matters in view of the about N63 billion arrears being owned the pensioners by past administrations.

The sum, which accounts for between eight to 56 months of unpaid pensions and gratuities, is been owed retired primary school teachers and local government pensioners.

The pensioners spoke when about 1,000 members of the NUP in the state led by Acting Chairman Abimbola Abolade and state secretary Olusegun Abatan, staged a solidarity rally to the Governor’s Office, Agodi, Ibadan.

Speaking on behalf of the pensioners, Abatan called for the upward review of the monies allocated to settling the arrears in the interest of the retirees.

He said: “It is regrettable to inform your excellency that gratuities of workers, who retired in the year 2012, are just being paid in 2019. We strongly appeal that the monthly allocation to the Ministry of Establishment be increased to N500 million monthly to enable prompt payment of gratuities and pensions.

“If you add all these arrears together, government’s indebtedness to Oyo State pensioners alone would be in the neighbourhood of N100 billion. It is this pertinent to urge your excellency to declare a state of emergency on pension matters.”

Governor Makinde said his administration would give everything that is due to the pensioners under the law to them as and when due saying, however, that “in this journey, there are two parts’.

“So, what we are saying is that salaries of workers, pensions and all other statutory payments that government should pay, we will pay them as at when due.

“But what had transpired before we came on board, we will roll them together, and look at how to deduct money in installments to offset the arrears. This is what I promised during the campaign. Whatever we can devote to it every month, we will devote it.

“I must let you appreciate the position we are in in Oyo State, as of today. There is no hide-and-seek game in what we are doing inside the Governor’s Office. We will make it completely open. I want you to hold me accountable for that.

“The Federal Allocation to Oyo State every month is N4.5 billion roughly. The wage bill is N5.5 billion. So, there is a gap of N1 billion. Our monthly internally generated revenue – even historical within one month and four days that we have spent in office, is roughly N2 billion. If we take N1 billion in the IGR to complete workers’ salaries, it remains N1 billion.

“The contract I met on ground is that the consultant, collecting the IGR for the government, is being paid 20 per cent. So, the consultancy fee in the N2 billion is about N400 million. So, if we add N1billion to workers’ salaries and pay the consultant N400 million, what we have left is about N500 million to N600million. These exclude allocations to Ministries, Departments and Agencies (MDAs).

READ  Over 1.7 million surgical masks distributed in Belgium in past few days

“But don’t be scared, we have put all these factors into consideration before we decided that God should use us for the people of Oyo State. I told you the state of things so that you can appreciate our position. We are ready and able to tackle the challenges.”