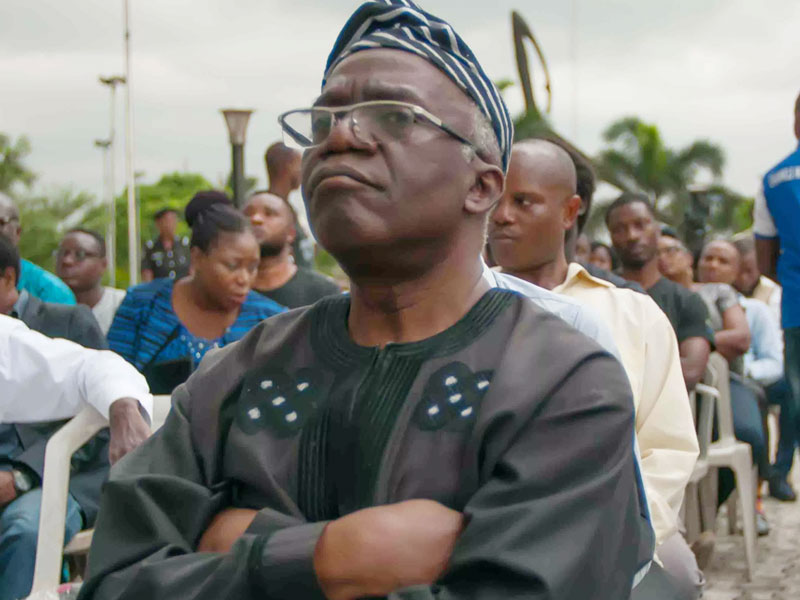 ACTIVIST-LAWYER Femi Falana (SAN) has urged the Economic and Financial Crimes Commission (EFCC) and the Independent Corrupt Practices and Other Related Offences Commission (ICPC) to investigate the alleged disappearance of $12.2 billion from under former President Ibrahim Babangida.

Falana made the request in a keynote address delivered yesterday at the conference on “Agenda setting for citizens’ interaction with stolen assets recovery: Abacha loot recovery and utilisation as case study” organised by the Human and Environmental Development Agenda (HEDA) in Abuja.

Falana noted the delay in probing into the matter as the government claimed not to have located the report of the Pius Okigbo Panel on reorganisation of the Central Bank of Nigeria (CBN).

He advised the government to take advantage of a human rights body which has found a copy of the report and which he said would not hesitate to collaborate with the anti-graft agencies if there is the will to investigate the missing fund.

Falana said: “Many Nigerians have indeed wondered why the anti-graft agencies have not investigated the disappearance of the sum of $12.2 billion under the Gen. Ibrahim Babangida military junta.

“A few years ago, the SERAP and other 5 other NGOs sought to compel the federal government to recover the huge fund. But the federal high court struck out the case for want of locus standi on the part of the plaintiffs. But since the anti-graft agencies have the statutory power to recover stolen public money it is high time that the missing $12.2 billion is traced.

READ  Pompeo: Up to Afghans to determine political system during peace talks

“During the electioneering campaign last year, President Buhari threatened to probe the $16 billion allegedly purportedly spent on generating electricity in the country. This allegation ought to be investigated without any further delay.”

He recalled that after the death of the then military Head of State, the late Gen. Sani Abacha on June 8, 1998, his successor, Gen. Abdulsalami Abubakar ordered a probe into the looting of the (CBN) from 1993-1998.

He said at the end of the enquiry, it was established that the late General Abacha stole over $5 billion from the vaults of the CBN through his National Security Adviser (NSA), Mr. Mohammed Gwazo, adding that a substantial part of the stolen fund has since been traced to over 140 bank accounts in western countries and some remote islands in the world.

He stated: “Based on report of the investigation the Federal Government recovered $635 million, £75 million, DM 30 million and N9 billion as well as several vehicles and properties in Abuja, Lagos and Kano together with 40 per cent interests in West African Refinery in Sierra Leone. Other assets were recovered from the family and associates of the late Gen Abacha.

“The forfeited assets were promulgated into law and signed by Gen. Abubakar on 26th May 1999. I have since confirmed that all the funds and assets listed in the Schedule to the Forfeiture of Assets, Etc. (Certain Persons) Decree no 53 of 1999 had been recovered and forfeited to the Federal Government.

“Upon the restoration of civil rule in May 1999 the Olusegun Obasanjo Administration embarked on the recovery of the remaining Abacha loot. At page 495 of the second volume of his book entitled ‘My Watch’ former President Obasanjo stated that ‘…by the time I left office in May 2007 (sic), over $2 billion and £100 million had been recovered from the Abacha family abroad, and well as N10 billion in cash and properties locally.’

“Under the Goodluck Jonathan administration the recovery efforts continued and more of the loot was recovered. According to the government, its efforts led to the recovery of $226.3 million from Liechtenstein in addition to the €7.5 million that was recovered from an associated company of the Abacha’s in Liechtenstein. The Federal Government also recovered and repatriated the sum of £22.5 million confiscated from an associate of the Abacha family by the Authorities of the Island of Jersey.”