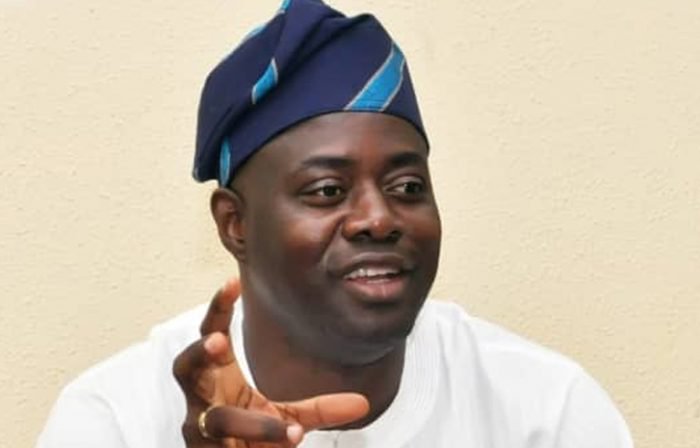 Oyo State Governor Seyi Makinde has alleged that a contractor with untraceable office address was awarded the Moniya-Iseyin road for N7billion by the immediate past administration.

According to him, N2billion out of the total contract sum was paid to the contractor, who he described as ‘faceless’.

The governor added that his assessment of the job done so far on the site would barely pass for N150million.

Makinde spoke after taking a tour of the road leading to the Pacesetter Quarry and Asphalt plant, located at Km 25, Moniya-Iseyin Road, Ojedeji Village in Akinyele Local Government Area for an assessment of the plant.

The governor lamented that the road which serves as the economic route for farm and agricultural produce into the state could be abandoned after the contractor collected N2 billion, with little or nothing to show for it on the project site.

He said his effort at locating the site address of the contractor to interact with them on the level of work done despite the amount of money released, revealed that the office address was not traceable and the name faceless.

Makinde said: “My impression of the work done so far if I will have to evaluate and cost it, it couldn’t have been more than N150million that I will spend on it.

“It was a faceless contractor and we don’t even know where their offices are located. I could have stopped by to go and discuss with them, but there is nowhere to stop by.”

On the quarry and asphalt plant, which has been abandoned in the past eight years, Makinde expressed disappointment that the project that could have fetch the state some revenue was left unattended to due to political difference.

The asphalt plant was established during the tenure of Senator Rashidi Ladoja, but could not attract any partner under the proposed Public-Private Partnership agreement.

The inspection, according to the governor, was targetted at reviving the facility in order to reduce the money spent on road projects by the state government.

“What we will do is that we will look at what has gone on it through the files, but it is a shame that we have an asset like this and it was just allowed to rot because of political considerations. And we will have to send people here to check the integrity of what we have here and quickly see what we can do because we are buying a whole lot of asphalt from other places for road maintenance agencies.

“What we came to do is to check the integrity of the plant. Sometimes, it may be better to start something from the start, if we cannot bring this back to life, but the concept was well thought of and the state government has been buying asphalt from the third party, so we might as well put this back to life,” the governor said.