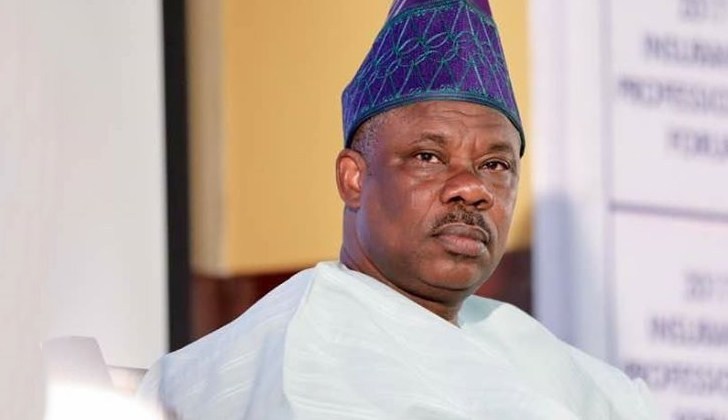 The All Progressives Congress in Ogun state has demanded that the former governor of the state, Ibikunle Amosun, be arrested and questioned for “stockpiling arms and ammunition for the purpose of wrecking havoc.”

The ex-governor, an APC member, who supported another party’s candidate during the last governorship election in the state reportedly handed over four million bullets, 1,000 units of AK47 rifles, 1,000 bulletproof vests and an armoured personnel carrier (APC) to the police in the state.

APC spokesperson in the state, Tunde Oladunjoye said in a statement that “If Amosun is not brought to account, then people will continue to mock the rule of law.”

The statement read partly: “We will like to thank the Federal Government for deploring soldiers to Ogun State during the election. If not for that, the story would have been different and more lives would have been lost.

“Ogun State was not only identified as the darkest spot, it was also used as the Operation Centre for in the South West by the Police and the SSS.”

“For the first time in the history of elections in Southwest Nigeria, Ogun State was policed by four Commissioners of Police.

“With the latest discovery, questions must be asked from the former governor. Let him show the origin and manifest of the arms.

“Was there any difference between the volume imported and the one handed over to the police? Who has control over the purchase, storage, distributions and use of arms and ammunition between the Inspector-General of Police and a state governor?