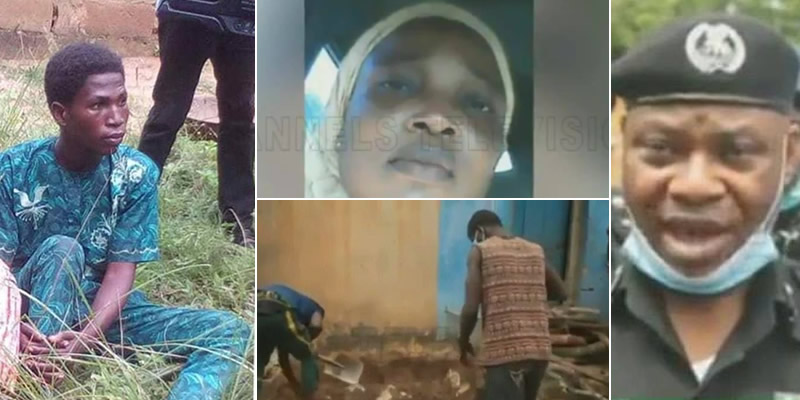 A Cherubim and Seraphim Church prophet at Ogboja in Igbo-Ora, Oyo State, identified as Woli Arole has been paraded after the clergyman killed a housewife for money ritual.

Oludotun Ogunlade aka ‘Woli Arole Jesu,’ while being paraded told journalists, on Thursday, that he met the 25-year-old housewife, Bosede Oguntade, on Facebook where both of them became friends.

Woli Arole lured his victim from Ilorin, Kwara State, to Igbo-Ora, with a view to finding solutions to her financial challenges and marital problems, but ended up killing her as part of his money rituals. The suspect is said to have beheaded his victim and severed her arms. He then placed both head and limbs in an earthen pot and lit it on fire. .

The remains of the dead woman’s head and arms, now reduced to black ashes, were then mixed into a pure alcohol drink. The resulting brew is claimed to cause its drinker to become rich and powerful. Remains of victim being exhumed

Watch the video of his confession below.