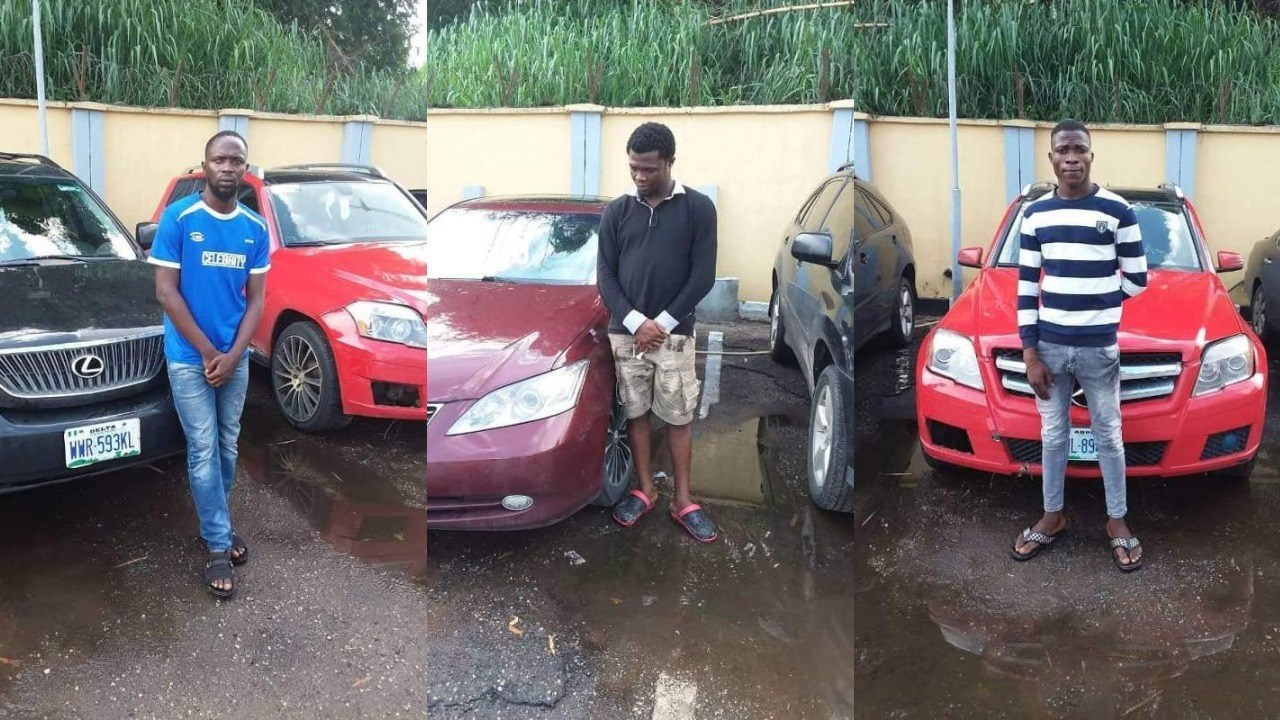 Operatives of the Benin Zonal Office of the Economic and Financial Crimes Commission, EFCC,

in an early morning raid on Saturday, June 22, 2019 arrested 16 suspected internet fraudsters at their hideout in Ughoton and Udu communities, Warri, Delta State.

The suspects who are between the ages of 20 to 30 were arrested sequel to intelligence report.

Items recovered from them at the point of arrest include laptop computers, iPhones, Android phones, ATM cards, and four exotic vehicles. The cars are Luxus ES330, GLK 4 Matic, Luxus RX 330 and Luxus ES350

The arrest of the fraudsters is one in the series by operatives of the Commission in line with the directive of the acting Executive Chairman of the Commission, Ibrahim Magu to rid the entire country of internet fraud and cyber crime.

The suspects have made useful statements and will soon be charged to court.