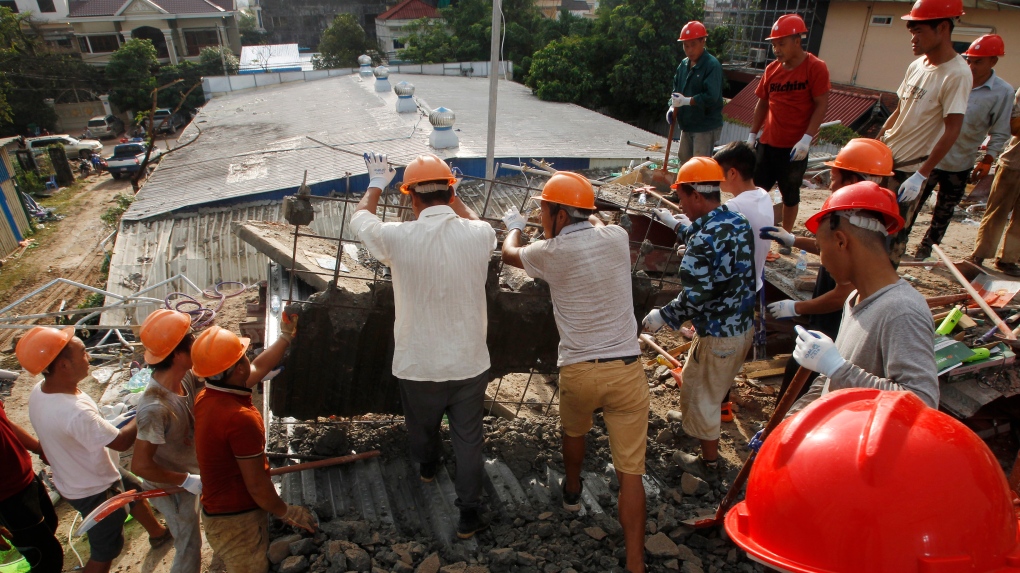 Seven people, including five Chinese nationals, have been charged with manslaughter or as accomplices to manslaughter in connection with a building collapse in Cambodia that killed 28 people and sparked anger over shoddy construction regulations.

The collapse of a seven-storey, under-construction Chinese building in the resort town of Sihanoukville on Saturday is the deadliest industrial accident in recent memory in Cambodia.

A close Beijing ally, Cambodia has seen an influx of investments from Chinese developers, including in the booming gambling hub of Sihanoukville.

But the building frenzy has raised concerns about sub-standard safety regulations in a country where most construction workers are informal day-labourers.

On Tuesday, Chinese building owner Cheng Kun was charged with involuntary manslaughter, causing bodily harm and causing destruction of property, according to a court warrant seen by AFP.

Another Chinese citizen, a Vietnamese man and a Cambodian landowner have also been charged as accomplices to manslaughter but remain on the run.

According to Cambodian law, all seven could face a three-year maximum sentence for manslaughter.

Cambodian authorities have launched an investigation into the fatal accident, which Prime Minister Hun Sen has blamed on “carelessness”.

Another top disaster management official has been fired for not being “quick enough to respond”, said Hun Sen, warning others “to be more responsible”.

There are an estimated 200,000 construction workers in Cambodia, mostly unskilled, reliant on day wages and not protected by union rules, according to the International Labour Organization (ILO).

At least 26 people were injured in the building collapse, which prompted a desperate, days-long search for survivors in the mound of rubble.

On Monday afternoon, two people were pulled from the wreckage alive — bruised and weak but spared of serious injuries — more than two days after the building went down.

Sihanoukville was once a sleepy fishing town turned backpacker-favourite, but today is a hotspot for throngs of Chinese tourists.

There are more than 50 Chinese-owned casinos around the beachfront and dozens more under construction, including around the site of Saturday’s building collapse.