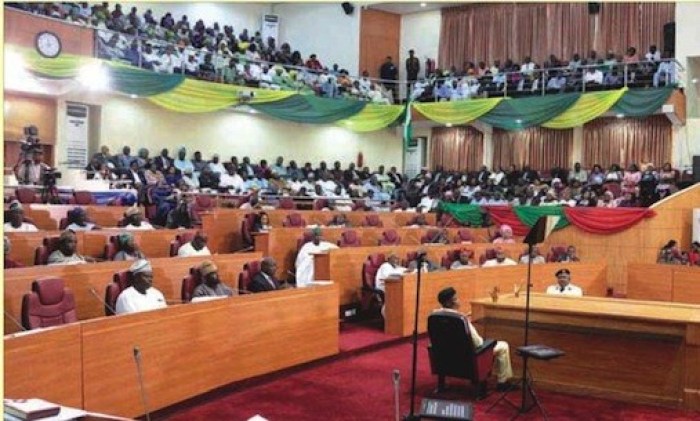 Abubakar Suleiman Ningi and Kawuwa Shehu Damina have emerged as Speakers of the Bauchi State House of Assembly through parallel elections.

The elections were held separately with 11 members loyal to Governor Bala Abdulkadir Mohammed, who elected Abubakar Suleiman Ningi as Speaker.

Bauchi State House of Assembly has 31 members. The APC holds the majority with 22 members, PDP has eight while NNPP has one member.

The 11 members, who elected Ningi as the Speaker, reportedly arrived the Assembly Complex as early as 6 am while the 20 other members supporting the immediate past Speaker, Kawuwa Shehu Damina were absent.

Ningi was nominated by Babayo Muhammad representing Hardawa constituency and Jamilu Umar Dahiru, the only NNPP member who is representing Bauchi Central Constituency.

Meanwhile, the Damina faction backed by the former governor, Mohammed Abdullahi Abubakar held their inauguration at the Assembly premises at 11:15 am which was presided over by the member representing Warji constituency, Yunusa Ahmed.

Ahmed Tukur Ibrahim was elected as Deputy Speaker by the Damina-led faction.

Speaking after the inauguration, Damina said that, they were given invitations to come to the inauguration by 10:00 am on Thursday, but they came before the time only to meet the place locked with security agents stationed everywhere.

He said that, they waited until 11:00 am and they have no choice than to conduct their inauguration in the circumstance.

Damina noted that, they were not in conflict with anybody, adding that, they conducted the inauguration in the best interest of the state and to uphold democratic tenets.

Damina later adjourned the House sitting until Tuesday for plenary.

It could be recalled that the other speaker, Abubakar Suleiman had also after his acceptance speech adjourned the House sitting till further notice.