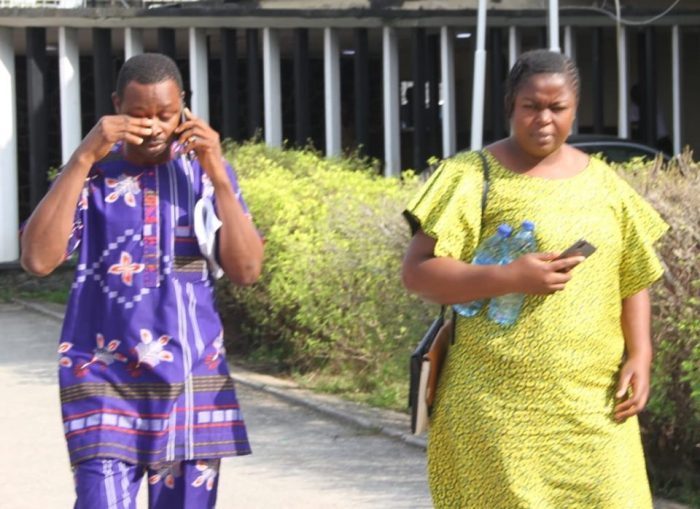 The Economic and Financial Crimes Commission, EFCC has arraigned one Hilary Ogbobe alongside his wife, Dorothy Ijeomo, and a firm, Marine Mayor Limited, before Justice Mojisola Dada of the Special Offences Court in Ikeja, Lagos on a two-count charge bordering on conspiracy and obtaining money by false pretence to the tune of N12, 440, 000.

The defendants allegedly conspired together and defrauded one Christopher Ezugwu of the sum of N20 million.

Investigation revealed that the defendants approached the complainant with a proposal to buy a dredger from the Lagos State government for a sum of N20 million.

The defendants allegedly asked the complainant to provide 60% (about N12m) of the total sum for the purchase of the dredger, while they would provide the remaining 40%, thereby making them joint owners of the dredger. Upon the payment of the agreed 60% to the third defendant’s Zenith Bank account number 1011592344, the complainant, four weeks after, demanded to see the dredger.

The complainant, however, alleged that no arrangements had been made to purchase any dredger from the Lagos State Government and that the defendants had only used the company as a conduit to fraudulently obtain the said sum of money from him. Efforts by the complainant to get refund from the defendants allegedly proved abortive.

One of the counts reads: “That you, Hilary Ogbobe, Dorothy Ogbobe and Marine Mayor Limited between July 2016 and September 2016 in Lagos, within the Ikeja Judicial Division, with intent to defraud obtained the sum of N12, 440, 000 (Twelve Million, Four Hundred and Forty Thousand Naira) from Mr. Christopher Ezugwu on the false representation made to Mr. Christopher Ezugwu that the money was the cost of fairly used Lagos State owned dredger which pretence you knew was false.”

The defendants pleaded not guilty to the charge when it was read to them.

In view of their pleas, the prosecution counsel, Nkeruwem Anana, asked the court for a trial date and also prayed that the defendants be remanded in prison custody pending the hearing and determination of the case.