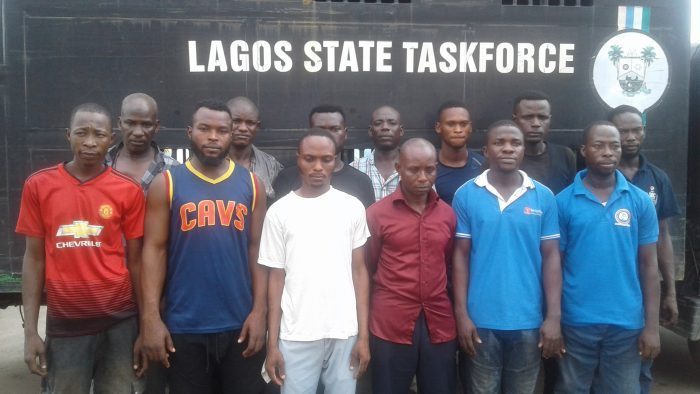 Chairman of the Lagos State Task Force CSP Olayinka Egbeyemi disclosed that the enforcement team of the Agency arrested the staff of Seven-Up Bottling company after they allegedly and brutally assaulted LASTMA Officers and injured 3 of them.

CSP Egbeyemi disclosed further that investigations revealed that the officers were attacked while trying to tow a truck marked MUS 75 XX and belonging to the company causing serious traffic gridlock along that axis.

According to one of the injured LASTMA officials who was transferred to LASUTH for treatment, Mr. Kazim Abayomi, “Most times, drivers and workers of this company always engaged us physically with different weapons while trying to enforce traffic laws on their illegally parked trucks on the roadside”

Two other injured LASTMA workers who are Towing truck operators are Anozie Peter and Dimeji Tonade.

Meanwhile, Magistrate Olajuwon Amos of the Lagos State Mobile Court who presided over the case adjourned the commencement of trail to 8th of August, 2019 after they all pleaded ‘Not Guilty’.