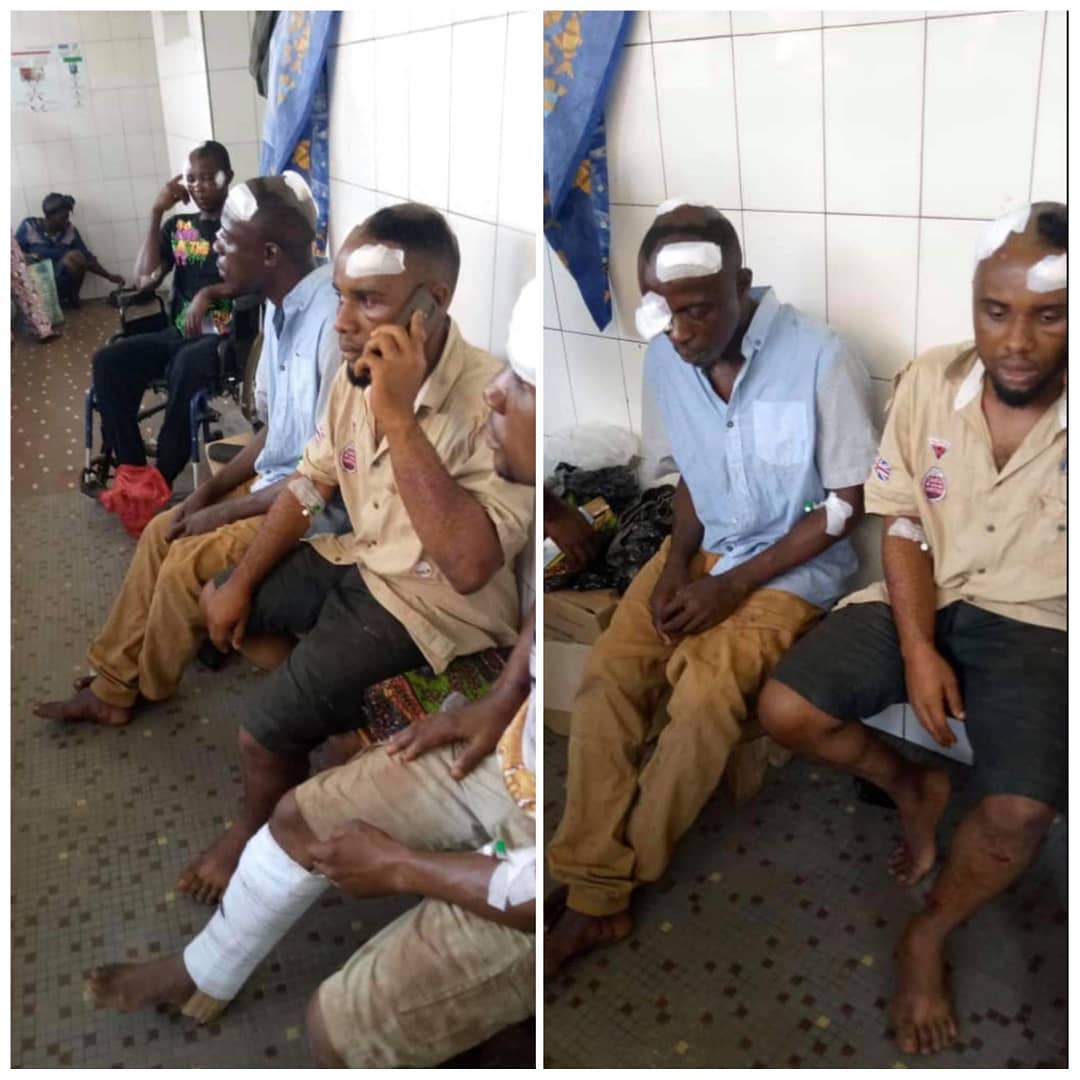 A Nigerian man was accused of raping a local Togolese girl to death but the reports was later discovered to be false..

The girl in question was the girlfriend of the Nigerian but they have issues which led the girl and her family to start a false rumor claiming that a Nigerian raped and killed a local Togolese.

The news spread like wildfire and the residents started attacking Nigerians living in Togo. Find below photos and video of some Nigerians that escaped being Lynched by some irate Togolese.