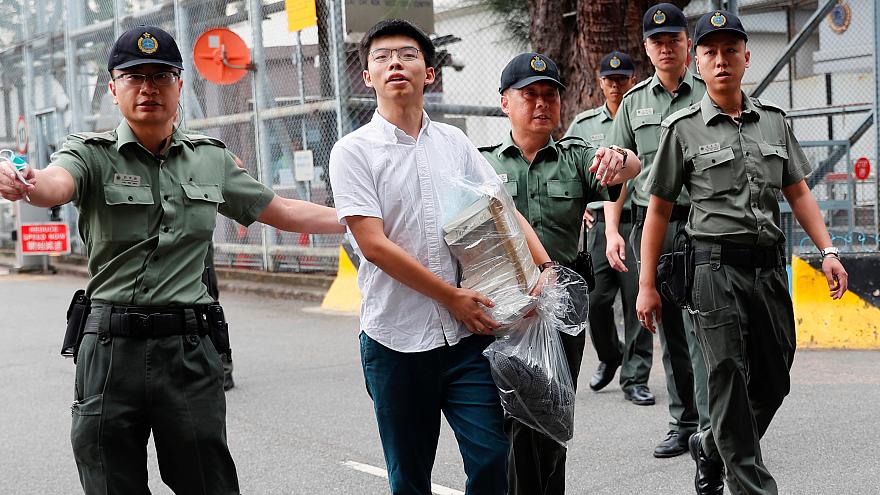 The 22-year-old, who became the face of the ‘Umbrella’ protests in 2014, said demonstrations would continue “until the day we get back our basic human rights and freedom.”

Wong left jail after serving a two-month sentence for contempt related to his earlier protests. “Hello world and hello freedom,” he tweeted.

His presence could further embolden campaigners after a rally on Sunday that organizers said drew nearly two million people, many of them clad in black.

The crowds are the most significant challenge to China from the territory since it was handed back by Britain 22 years ago.

By daybreak Monday, the masses that filled the streets had diminished, but those who remained were sticking to their demands.

“Yes we need Carrie Lam to answer our question,” said 18-year-old protester Eunice Lai. “We need her to say she will cancel the extradition bill.”

Beijing-backed Lam on Saturday halted progress on a proposed law that would have allowed case-by-case extraditions to mainland China, and issued a rare apology for stirring up “substantial controversies and dispute in society”.

However, the plan has not been completely shelved and residents worry it is a sign of weakening judicial independence in Hong Kong.

“What we ask for is such urge Carrie Lam the evil chief executive should withdraw the extradition amendment. Carrie Lam must step down, otherwise I believe in the next few weeks before the 22 anniversary of Hong Kong transfer of sovereignty, more and more Hong Kong people … will come and join our fight until the day we get back our basic human rights and freedom.”