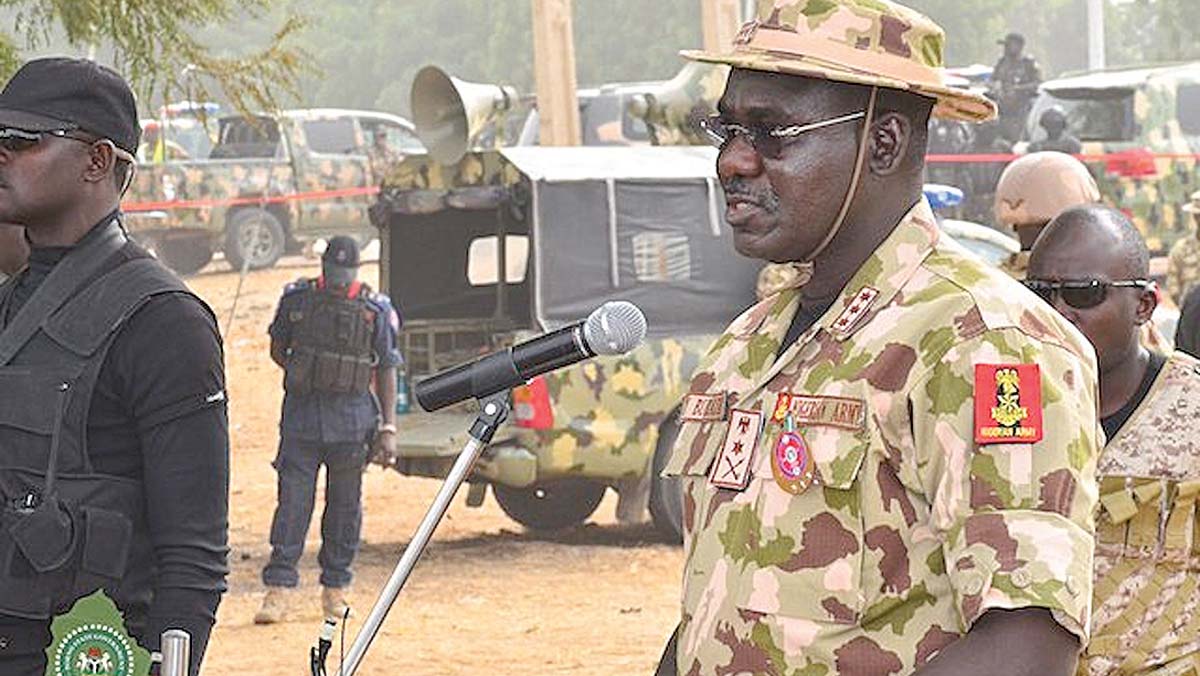 The Chief of Army Staff (COAS), Lt Gen Tukur Buratai is billed to address a global conference on anti-terrorism and counter terrorism in London on Monday, the army’s spokesman Col.Sagir Musa announced on Sunday. Col. Musa said the COAS would deliver a key note address on the topic” Nigeria unique counter insurgency-a working counter terrorism model for replication in Africa”.

A statement signed by Col Musa also noted that the Army Chief would be conferred with a strategic leadership award.

The statement reads: “in furtherance of the recognition of the strategic leadership role in the global fight against terrorism, the Chief of Army Staff (COAS), Nigerian Army, Lieutenant General Tukur Yusufu Buratai has been invited to speak at the first ever Global Antiterrorism and Counterterrorism Conference and Workshop in London, United Kingdom, on the 17 of June 2019.

“Similarly, he will be conferred with a special Leadership and Counter Terrorism Strategic Award for his exceptional and continued role in combatting and significantly reducing the capacity of Boko Haram/ISWAP in Nigeria and the Lake Chad Region under the Multi National Joint Task Force at the conference.

“According to the organizers of the conference, the Anti-Terrorism Accreditation Board (ATAB) and Global Risk International UK, the COAS will present a Keynote address on the topic, “Nigeria unique Counter Insurgency-a working Counter Terrorism model for replication in Africa.”

“The organizers further stated that the workshop and conference is aimed at evaluating the current and future jihadist threat and expose frontline practitioners on how to utilize practical methods, tools, enhance technical and structural challenges posed by homegrown terrorists.

“It will also evaluate the links and nexus between jihadists’ threats and retaliatory/communal violence as both feeders and enablers.