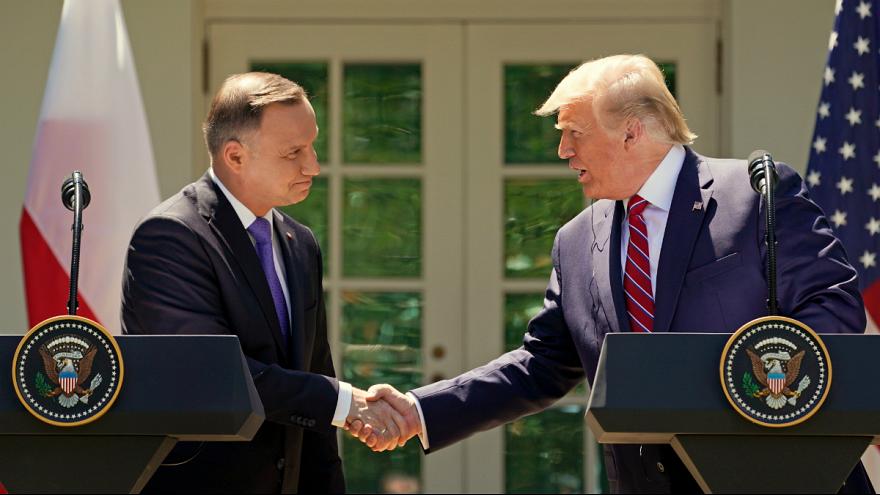 Under the new deal, Donald Trump says he will send an additional 1,000 troops to Poland, on the condition that Poland foots the bill to build any new military base.

Marcin Zaborowski from the Centre for European Policy Analysis in Warsaw told Good Morning Europe that it was Russia’s intervention in Crimea that had heightened concern in Poland.

“Poland is next to Ukraine, Ukraine remains a war area which was invaded by Russia,” he said. “For the first time in Europe since the Second World War we have territorial annexation because what happened is that Russia effectively annexed a part of another country in Europe. This is right next door to Poland, Poland has over a million Ukrainians who move to Poland as a consequence of Russian policy.”

“I think the Polish procurement policy is very unbalanced on this point,” says Zaborowski. “It’s not said in a direct way but Poland is expected to participate buying American equipment that they don’t really need at this point. Poland has a much more urgent procurement needs in terms of its air defence and missile defence, which it is buying in small numbers. So it seems that the strategic alliance that Poland is forging now with the United States does have a commercial element. You want to be an ally of the United States, you have to buy American, that’s the way it goes.”