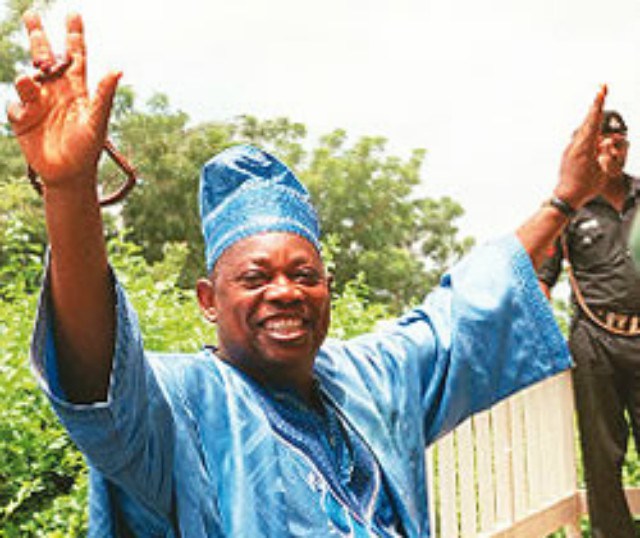 Nigerians are celebrating the 26th anniversary of the most credible election ever conducted in the history of the country.

The June 12, 1993 presidential election that was controversially annulled by Ibrahim Babangida –led military junta pitched the billionaire business mogul -turned politician – the late Chief M.K.O Abiola of the defunct Social Democratic Party against Alhaji Bashir Othman Tofa, who contested the election on the platform of the proscribed National Republican Convention.

Abiola, who died in prison on July 8, 1998, was coasting to a landslide victory in the poll until the Armed Forces Ruling Council announced its cancellation via a terse statement on June 21, 1993.

The protests that followed the controversial decision pushed the country closer to another civil war until the former military president was forced to step aside on August 26, 2003. That development ushered in the Interim National Government headed by Chief Ernest Shonekan, who was also ousted in a palace coup by the late Gen. Sani Abacha in November 17, 2003.

Gen. Abacha died on June 8, 1998 in a mysterious circumstance.

While many Nigerians genuinely laid claims to the sobriquet of “heroes and heroines of June 12 struggle and albeit democracy.” There are others whose roles in the “extermination” of the June 12 dream would never be forgotten even by generations unborn.

They played varying roles in extinguishing the collective hope and aspirations of millions of Nigeria who came out on that historical day to elect the candidate of their choice.

To many Nigerians these people are “Judas Iscariot” of our time because they sold their conscience for “a piece of silver.” Ironically many of them are now major beneficiaries of the present democratic experiment, occupying public offices both at state and national level.

Here are some of the “perceived villains” of the June 12 struggle.

Babangida was the head of the military government that controversially annulled Nigeria’s most credible election. He was forced to step aside after nationwide protests pushed Nigeria closer to another civil war.

The late head of state was a frontline member of AFRC, the military council that annulled the election.

He allegedly played pivotal roles in the annulment and also controversially incarcerated the presumed winner of the poll who later died in detention.

His government pushed Nigeria closer to civil war. But he died mysteriously and paved way for Nigeria’s return to civil rule.

The controversial former senator also played huge roles in the annulment of that historic election.

He founded the controversial Association for Better Nigeria alongside one Abimbola Davies. The ABN obtained an interim court injunction to stop the election, a development that paved ways for the poll eventual annulment.

Nzeribe later became a senator when Nigeria returned to democratic rule in 1999.

A senator in the current National Assembly was a strong member of Abacha’s kitchen cabinet and campaign vigorously against the election within and outside the country.

Another very vocal opponent of the June 12 struggle. He was the unofficial spokesman of Abacha’s government.

The late strongman of Ibadan politics was a very visible opponent of the June 12 struggle. He wined and dined with the military authorities. He also provided useful information on the activities of the National Democratic Coalition, a pro-democracy group that was in the fore-front of the struggle, to the late Abacha and his hatchet men.

Ironically, the late Ibadan high chief was one of the major beneficiaries of Nigeria’s return to democratic rule until his demise few years ago.

The Ibadan-based businessman would never forget the treatment he received from students of University of Ibadan when he visited the institution for a convocation programme in November 1998. He came to the university campus with the then head of state, Gen. Abdulsalami Abubakar, who had just taken over as Nigeria’s leader after the mysterious death of Abacha, ostensibly to placate the students for frolicking with the military during the June 12 struggle.

But he was oblivious of the harsh treatment awaiting him in the hands of the angry students who pounced on him, seized his posh cars, set them ablaze and forced him to escape from the campus through one of the police pick up vans.