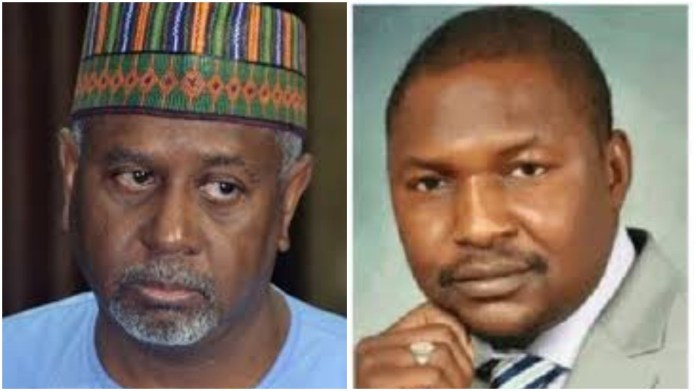 In a hearing Notice obtained by PRNigeria, the former minister is expected to face the panel for investigation in a statement credited to him in the Voice of America (VOA) Hausa Service on July 13, 2018.

In the said statement, the former Attorney General was quoted to saying that the former NSA would not be released despite court orders for his release on bail.

“Remember, we are talking about a person who was instrumental to the deaths of over 100,000 people. Are you saying that the rights of one person are more important than that of 100,000 who lost their lives?” Malami had said in the interview.

Dasuki’s family had petitioned the Nigerian Bar Association (NBA), asking the body to investigate and sanction of the minister over his unprofessional conducts and utter disregards to the rule of law.

The family asked the NBA to invoke laws on Code of Ethics on professional code of ethics against Mallami, investigate him and impose deserved disciplinary sanctions against him in order to safeguard the rule of law for the country.

Dasuki’s family also prayed the NBA to intervene in the ordeal of the former Security chief and speak out and take decisions and actions that will compel the Federal Government to respect the rule of law and obey the order of the court that admitted him to lawful bail.