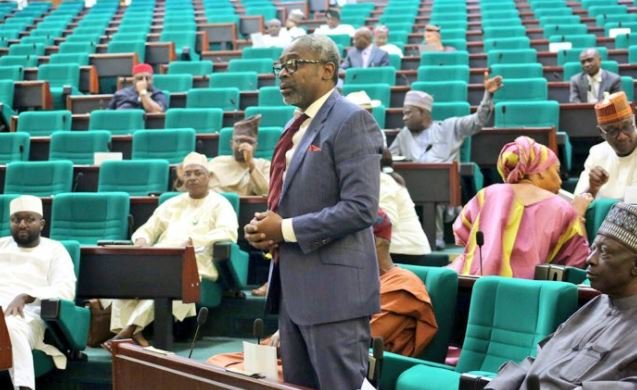 A group of members-elect of the House of Representatives known as the 9th Assembly Progressives has adopted Rep. Femi Gbajabiamila (APC-Lagos) for the position of Speaker.

Rep. Oluwole Oke (PDP-Osun), leader of the group, said in a statement on Thursday that the members of the group had also adopted Rep. Ahmed Idris Wase (APC-Plateau) for the position of Deputy Speaker.

Oke said that the group comprised members elected on the platform of the All Progressives Congress (APC) and had large spread across party, regional, and gender lines.

According to him, currently, the 9th Assembly Progressives consists of sixty members and their decision was informed by a number of factors.

Leader of the group further said that in developed democracies, the leader of the lower chamber usually became the speaker.

He said it was in line with that idea that the group had adopted the joint ticket of Gbajabiamila and Wase for the two top positions in the lower chamber.

Oke said that President Muhammadu Buhari, who is the leader of the APC had endorsed Gbajabiamila and Wase for the positions as “they are men of peace and unity”.

According to him, Gbajabiamila is the most experienced and prepared candidate in the current Speakership race as he has been in the house since 2003.

The leader of the group said that Gbajabiamila’s commitment to the defence of democratic values were glaring and he had been consistent in his views, values and votes.

Oke said that some of his bills were pivotal and contributed to the amendment of the 1999 Constitution.

“His innate brilliance shows in the quality of Bills and Motions he has sponsored in the House and his contribution to debates is passionate, deep, insightful and always logical.

“He has vast understanding of the Rules of the House and is a master in Legislative Proceedings,” the leader of the group said.

He pointed out that Gbajabiamila commanded the respect of the members of the house and was overwhelmingly elected as the Leader in 2015.

“We the 9th Assembly Progressives believe that now is the God-ordained time for Gbajabiamila and we must join our hands with the voice of the People, which is the voice of God.

“We, therefore, urge all our colleagues in the 9th Assembly to ensure the election of Hon. Femi Gbajabiamila as Speaker and Hon. Idris Wase as Deputy Speaker un-opposed,” the group said.