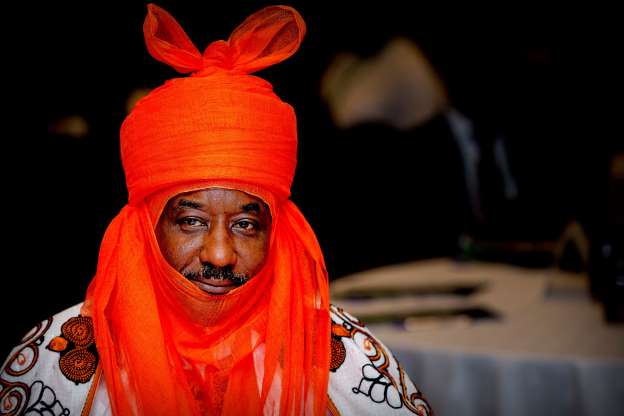 In a statement signed by its Chairman Muhuyi Magaji, the anti-graft agency accused the monarch of mismanaging N3.4 billion between 2014 and 2017.

The funds, according to Magaji, was paid to 22 “ghost” companies.

The Emir could not be reached for his reaction yesterday, but a palace spokesman had earlier denied the allegations.

The Nation learnt that the anti-graft commission launched a probe into the expenditure of the Kano Emirate Council in 2017 following a petition filed by a group, Concerned Friends of Kano Emirate.

The March 28, 2017 petition raised allegations of financial misappropriation against the Kano Emirate Council under the watch of Emir Sanusi II.

On Monday, the anti-graft agency submitted a preliminary report of its investigations to the government.

A source from the Office of the Secretary to the State Government (SSG) confirmed the receipt of the preliminary report.

According to the report, the petitioners raised some allegations bordering on spending of funds without regards to due process.

The petitioners specifically alleged that the Emir spent over N360, 000,000.00 on the provision of Close Circuit Television (CCTV) cameras at the palace.

They also alleged several millions were incurred by the Emir on hotel bills and chartered flights.

The investigations began two years ago, with officers in charge of the emirate’s treasury being quizzed.

The investigators obtained some documents; the Emirate Council obliged.

The commission also got statements from the financial controller of the Emirate, who doubles as the Walin of Kano, Alhaji Mahe Bashir Wali, Sarki Waziri, the emirate’s deputy secretary and Rufa’I Buhari, the Council’s treasurer.

READ  2019: Ooni of Ife warns against bloodshed, violence during election

The commission listed the suspicious transactions as follows:

According to the report, none of the identified companies carried out contracts with the Emirate Council as claimed.

Said the report: “These companies are not in existence, as search for their corporate status came out negative and virtually all the purposes for the expenditures, the amount involved and the legal status of the companies revealed prima facie case of fraud in the management of the Emirate Council funds as there were no budgetary provisions to justify the expenditure.

“To sum it all, N117,772,474.00 only was expended on fueling from 2014 – 2017 by the Emirate Council. The disparity in the amount so involved, the ratio at which the fuel was consumed from N43 million to 22 million, called for suspicion and indicated acts of misappropriation and fraud.

“Also in the cause of investigation, an observation was made on a transfer of N105, 595,755.00 from the Emirate Council’s account to an individual account bearing the name of one Engr Sunusi Ti]ani who happened to be the technical officer to the Emirate Council at United Bank for Africa (UBA) during the period of 2014-2017 at different occasions.

“The largest of N22, 778,233.92 only was transferred on 22nd September, 2015. It was observed, going by the record of expenditures from the said account, that virtually all the money was withdrawn personally (self-withdrawal).

“This is a red flag for corruption and there is no way an individual not a corporate entity will attract such payments from government at different intervals in a legitimate transaction. This is also another trace of alleged corrupt practices and final investigation will reveal all the facts of the case.

The Emir could not be reached yesterday, but the palace in had earlier denied allegations that Sanusi embezzled government money allocated to the palace since his ascent to the throne.

Palace financial secretary Mahe Bashir Wali denied at a press conference that the Emir had bought executive cars, including a Rolls Royce, with government money.

According to him, the vehicles had been given to the former CBN boss by friends as a gift.

Mr Wali also denied that the emir used government funds to fly in privately-charted planes, saying he did this with his own money.

The palace would co-operate with the investigation and would present to the anti-corruption agency evidence of all expenses since the monarch took the saddle.

Wali said it was not true that the Emir embezzled the money left in the palace by his predecessor, Al-Haji Ado Bayero.