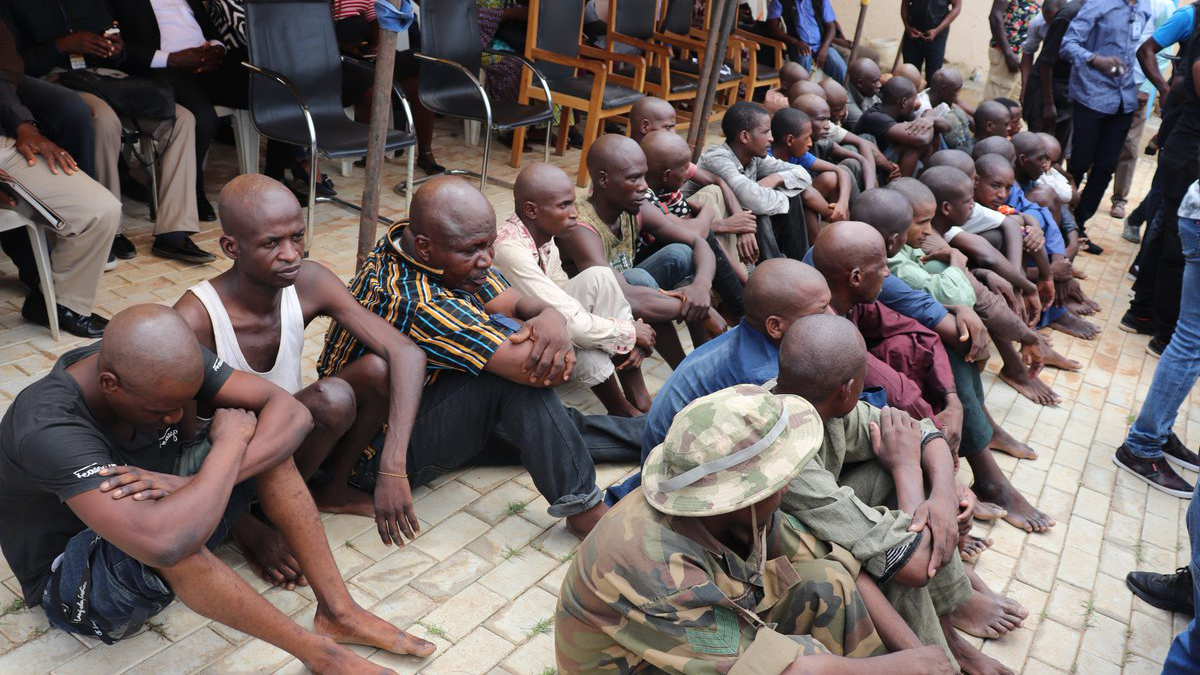 The persistence of operatives of the Intelligence Response Unit (IRT), Special Tactical Squad (STS), Police Mobile Force, Counter Terrorism Unit and the Special Forces attached to Operation Puff Adder has resulted in the dismantling of an international arms syndicate.

Consequently, several AK 47 rifles and pistols, as well as 6000 rounds of ammunition, were recovered from the four-man gang that operates from Libya and Burkina Faso through Benin and Niger republics.

Force Public Relations Officer, DCP Frank Mba, who paraded the quartet in company of the commanders of the IRT and STS, DCPs Abba Kyari and Kolo Yusuf, yesterday in Abuja, said: “The criminal gang operates from parts of North Africa, the Sahel region and West Africa. A total of 6000 AK 47 live ammunition were recovered from them.”

The suspects were 45-year-old Ojoomo Olugbenga from Akure Central in Ondo State; Oladimeji Adeogun, 50, a native of Ido council area of Oyo; Habib Musibau, 24, from Oluyole Local Council of Oyo, and Thomas Olumuyiwa of Ado-Odo LGA of Ogun State.

They were arrested at the Saki end of the Nigeria-Benin border in Oyo State.

Mba went on: “Investigation reveals that the syndicate specialises in smuggling small arms, light weapons and ammunition from North Africa through the Sahel region and supplying same to their criminal partners – kidnappers, armed robbers, political thugs and other criminal elements – in Nigeria and other West African countries.

“In addition, another set of 20 AK47 rifles, four pump action guns, 11 Dane guns, 10 English pistols, two single barrel guns, one set of army camouflage and 22 live cartridges were recovered from other criminal gangs in different parts of the country.

“A total of 38 suspects were arrested for their different roles in various criminal operations ranging from kidnapping to armed robbery, banditry and cattle rustling.

“The Inspector General of Police, Muhammed Adamu, while appreciating the public for providing useful information to the force, has commended his men for this and many other feats as he reassures the nation that the police will continually work round the clock with other security agencies towards ensuring improved border security, control of arms proliferation and combating kidnapping, armed robbery and other violent crimes across the country.”