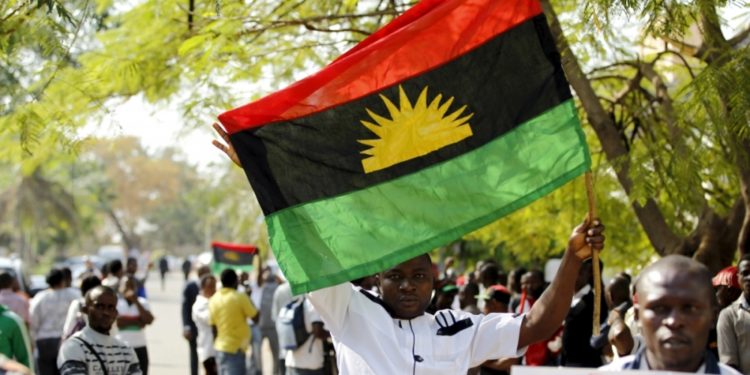 No fewer than 555 Biafra flags and other insignia were seized during a clampdown on Biafra agitators in Onitsha, by a joint taskforce of the Police, Military, National Security and Civil Defence Corps (NSCDC) and Federal Road Safety Corps (FRSC).

Obuagbaka, at a news conference, listed the insignia to include belts, caps, shirts, books, fliers, stickers and a vehicle.

Read also: ‘IPOB sit-at-home successful in 100 countries’
He, however, denied beating, extortion and forcing of residents into their vans in the name of clamping down on agitators before, during and after celebration of Biafra Day.

According to him, the flags recovered excluded torn and worn out ones.

He said: “Only members of the banned groups were arrested while pulling down flags hoisted on electric poles on Obodoukwu road and other strategic positions. The JTF saw a blue-painted car on the road, loaded with MASSOB flag and other insignia, and we recovered those things from there.”