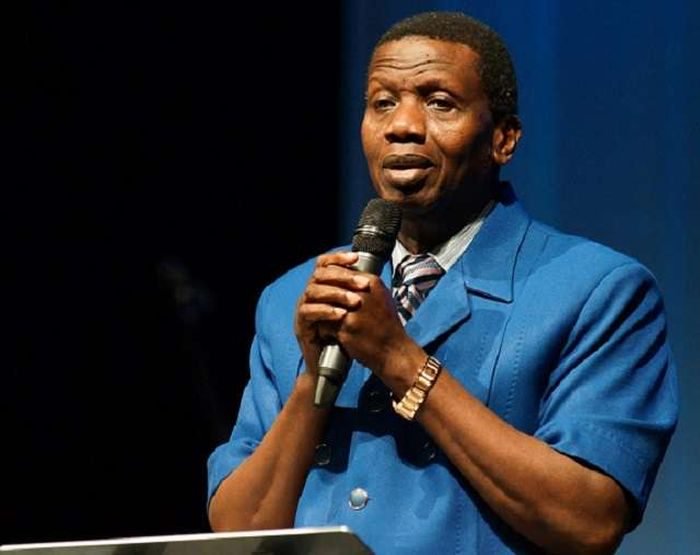 Pastor E. A. Adeboye, the General Overseer of the Redeemed Christian Church of God (RCCG), has advice for political office holders: Be serving-leaders.

Trying to distinguish between a serving-leader and a servant-leader, the revered cleric said, “This arrangement (servant-leader) is common in the political sphere, and cannot serve the interest of the people.

If you are in such a situation, remember you will give an account of your service to God and not to a godfather”. Adeboye spoke in a message to his congregation published in his famous book, Open Heavens for 2019.

The book, published annually, has each part earmarked to be read each day of the year. The part of the book of the 2019 edition earmarked to be read on Saturday, May 25, 2015, four days before the May 29 inauguration of Nigeria’s leaders at the federal level and 29 states, was titled, Be a Serving-Leader.

It reads: “Some people don’t know the difference between being a serving-leader and a servant-leader. A great example of a serving leader is our Lord Jesus Christ.

He served till the end of His earthly ministry and continues to serve even at the right hand of power in heaven (Romans 8:34, Hebrews 7:25). “However, He is not a servant; He actually acknowledged His status as Lord and Master in John 13:13.

It is unfortunate therefore that many followers want to make servants out of their God-ordained leaders. “Leaders are meant to serve but not to be subjected to servitude. This is what I personally describe as the ‘abuse of a leader’.

“Some people use their leaders to their own selfish advantage and when such a leader dies, they jump over to another leader who they will also use to death! “King Saul is a good example of a servant-leader. When he was confronted with his disobedience to God, he said in 1 Samuel 15:24: ‘I have sinned for I have transgressed the commandment of the LORD, and thy words: because I feared the people, and obeyed their voice’.

“The people he was supposed to guide were actually the ones controlling him, and, by his own admission, he feared them. “When a serving-leader becomes a servant-leader, people begin to wonder: ‘Who is leading who?’ God is not the author of confusion; this is why He always appoints a leader who He relates with and through whom He passes instructions to His people.

“Our Lord Jesus Christ makes it clear that there is a difference between a servant and a friend (John 15:15). A servant is limited, whereas a friend has a deeper relationship.

“This distinction is the reason why leaders appointed by God cannot be servants. Followers should be sincere enough not to try to make servants of their God-ordained leaders.

Such leadership will not do them any good, and they may not be spared when these servant-leaders, whom they have badly influenced, receive their judgment from God.

“Some mischief makers who like to manipulate their leaders to do their bidding would always advocate for servant-leadership because they don’t really want leaders; they would rather have a stooge who they can use for their own selfish interest. “This arrangement is common in the political sphere, and cannot serve the interest of the people.