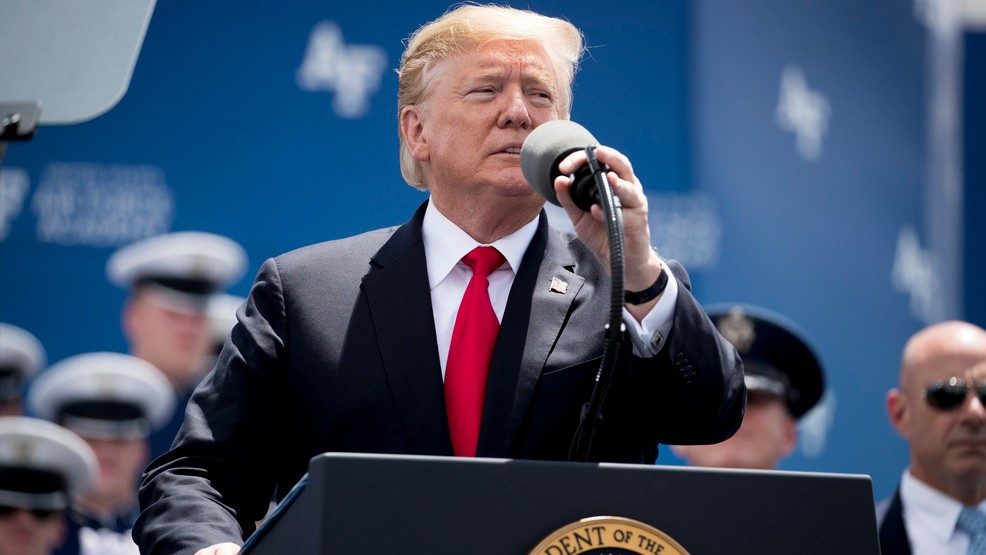 President Donald Trump said he would impose a 5% tariff on Mexican goods until that country stops immigrants from entering the U.S. illegally – brandishing a weapon used against a widening group of countries and perhaps jeopardizing a new North American trade agreement.

The tariff would take effect June 10, “until such time as illegal migrants coming through Mexico, and into our country, STOP,” Trump said in a Twitter post-Thursday night.

He warned the levy “would gradually increase until the illegal immigration problem is remedied at which time the tariff will be removed.”

The tariffs could rise as high as 25% on Oct. 1, Trump said in a statement released by the White House.

The move, which has major implications for American automakers and other companies with production south of the border and the U.S. economy as a whole, represents Trump’s latest expansion of his trade wars.

It comes just days after he removed steel tariffs on Mexico that had caused retaliation against U.S. farm products.

Jesus Seade, Mexico’s undersecretary of foreign relations for North America, told reporters in Mexico City on Thursday at a previously scheduled event that the country won’t retaliate before discussing the matter with the U.S.

But the tariff threat, he added, “if turned into reality, would be extremely serious.”(Newsnows.co.uk)