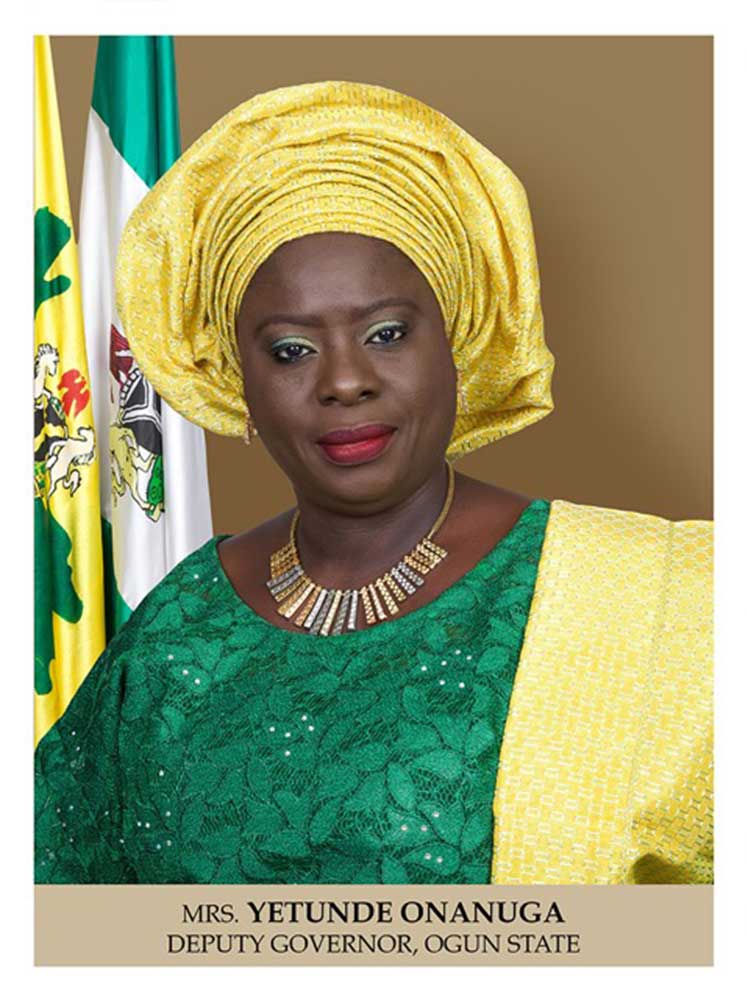 The immediate past Ogun State Deputy Governor Chief Yetunde Onanuga has been described as an exemplary leader and a caring mother, who is always concerned about the welfare of her workers.

The commendation was made by the Permanent Secretary, Ministry of Rural Development, Reverend Gbenle Olugbebi, during a get-together event organised in her honour by staff of her office at the State Secretariat, Oke-Imosan, Abeokuta.

Olugbegi described Chief Onanuga as a quintessential leader, who in the course of her doubling appointment as deputy governor and the ministry’s commissioner turned the place around and impacted positively in the lives of the rural dwellers through growth.

The Special Adviser to the Governor on Rural Development, Mr. Wale Ogunyomade and the Director of Survey , Ken Salem Onasose, noted that her sense of humour, conviviality and sharp memory has distinguished her, adding that she exuded a great feeling of a caring mother, with humanity and rectitude.

A statement by the Press Officer, Office of the State Deputy Governor, Femi Olayinka, said other staffers also took turns to eulogise Mrs. Onanuga saying that she had been very supportive in their shared dreams and had in no small way added value to governance, which had taken Ogun State to the next level.

In her response, the deputy governor appreciated her staff for the honour done and the great support she enjoyed throughout her four years, attributing her success to God’s backing and the support of the people.

A book written by Jide Adejumo, Fola Sogbiyeju, Soji Ogunkunle and Femi Olayinka, which chronicled the deputy governor’s stewardship in office was thereafter lunched and presented. Other dignitaries at the event include the Senior Special Assistant to the Deputy Governor on Boundary Matters, Pastor Ilemobayo Olorunwo ,Senior Special Assistant to the Deputy Governor Mrs. Abiodun Oyedele, the management and staff of the ministry among others.