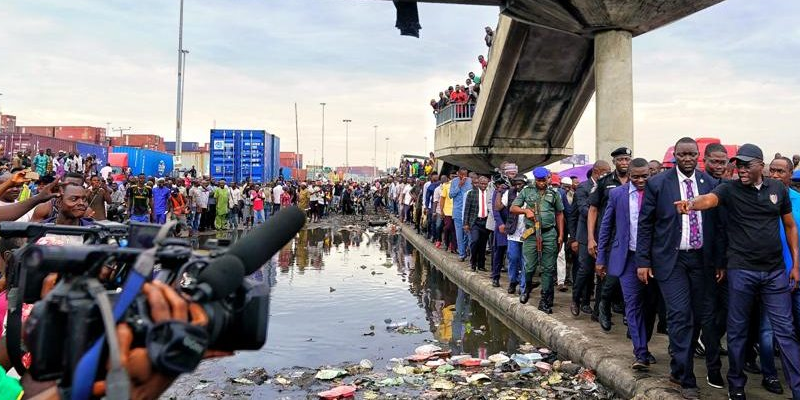 Babajide Sanwo-Olu, Lagos State Governor, on Thursday assured residents in the Apapa area of the state that plans were on the way to find a lasting solution to the gridlock in the area.

While on an inspection tour of the traffic situation in Apapa, the governor said that the traffic problem in the area and its environs was multi-faceted, adding that it required the combined efforts of the state and federal government to finding a lasting solution to the gridlock.

The operators reeled out several challenges confronting the area.

Sanwo-Olu said that during the tour, it was realised that NPA and Dangote had worked on the wharf road up to the Apapa port.

He, however, said it was sad that the trucks were still parking on the road.

The Governor, however, said the long term solution to ending the gridlock within Apapa was an economic one.