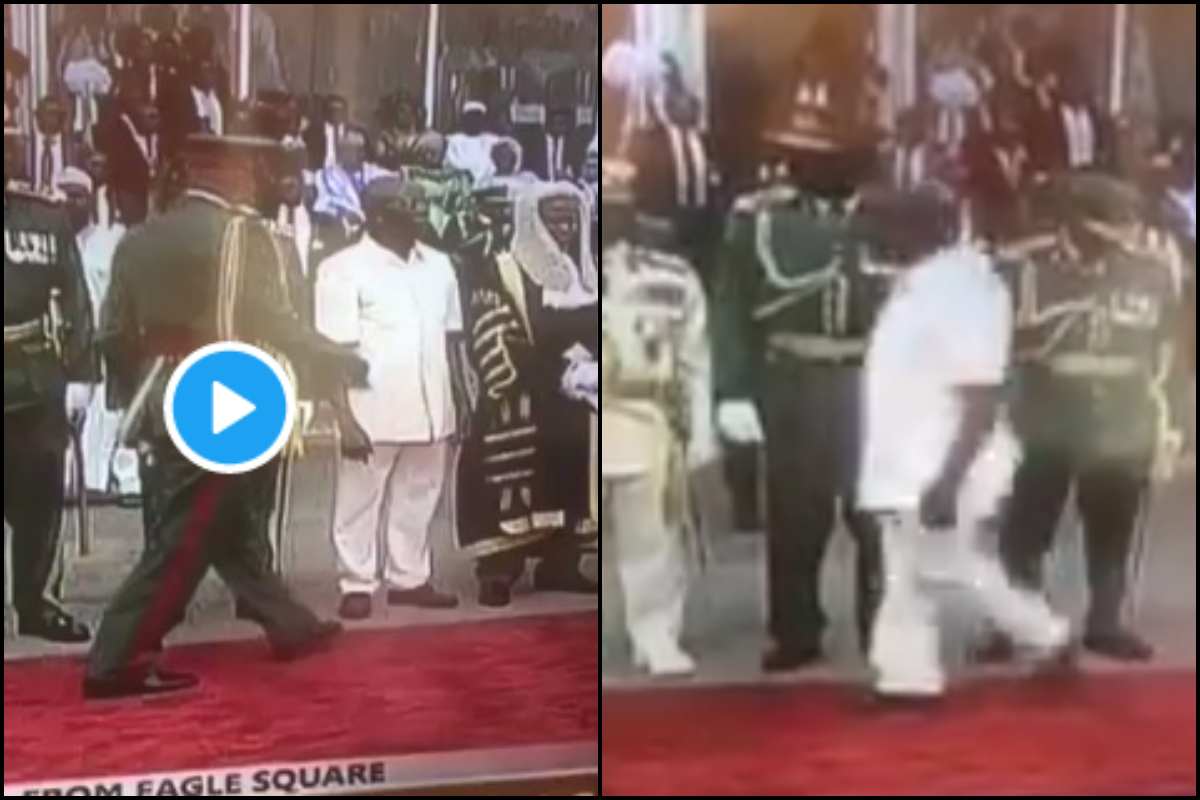 The national chairman of the All Progressive Congress political party, Adams Oshiomhole was asked to leave his initial position by a security personnel for breaching protocol at the Presidential inauguration in Abuja today.

The former Governor of Edo State was filmed standing next to the acting chief judge of Nigeria and other security personnel as they waited for the arrival of President Muhammadu Buhari and his vice Yemi Osinbajo.

But a military official went to speak with Oshiomole and soon after escorted him from where he was standing as he was not meant to be there.

Posted by Ọláoyè Oluwagbenga Samuel on Thursday, May 30, 2019