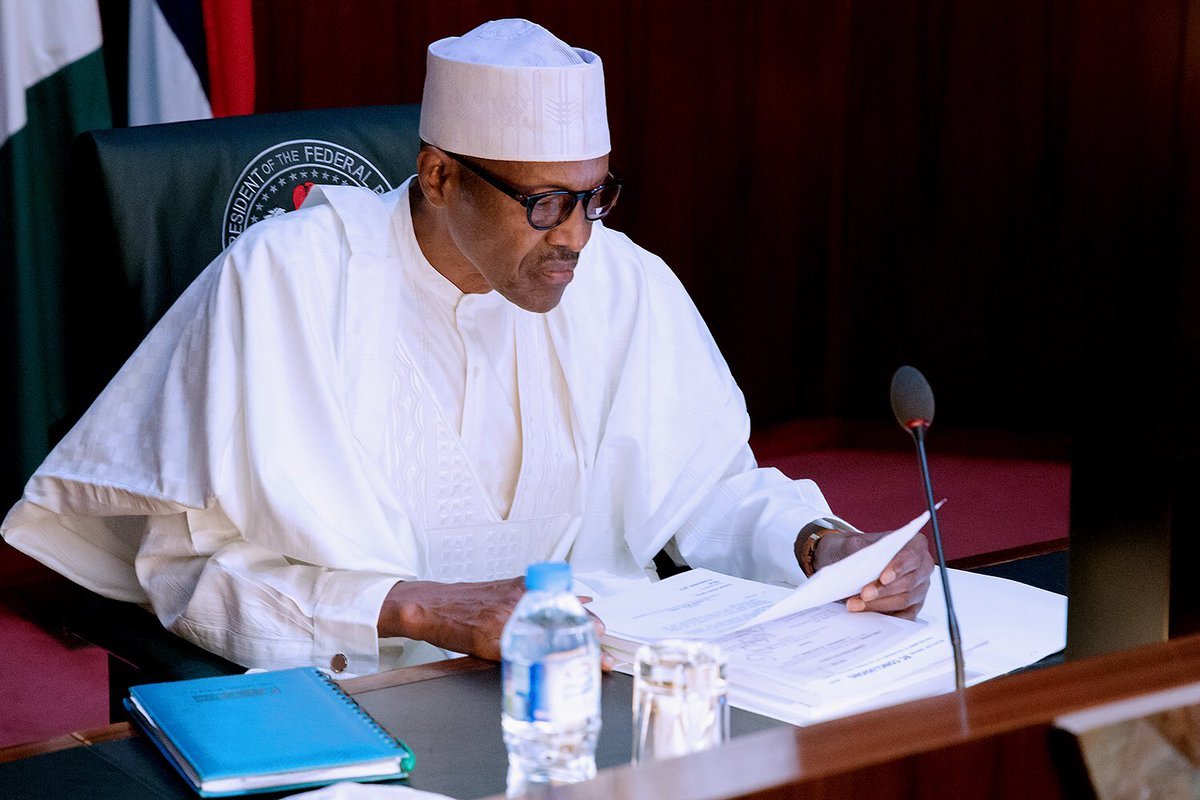 President Muhammadu Buhari has approved the second and final tranche of N22.6 billion to pay the pension of ex-Nigerian Airways staff.

Permanent Secretary, Special Duty, Federal Ministry of Finance, Mr. Mohammed Dikwa who disclosed this on Tuesday night also promised to protest staff of the defunct company who earlier blocked entrances and exit points into the ministry.

He also told them that although Wednesday had been declared a public holiday, staff would be on hand to conduct the capturing exercise.

Dikwa who expressed disappointment in the protesters for embarrassing Minister of Finance, Mrs. Zainab Ahmed who had tried hard to solve the previously intractable problem.

The former staff and dependants of ex-Nigeria Airways staff had blocked entrances and exit points into the Federal Ministry of Finance preventing the Minister, Mrs. Zainab Ahmed and other officials from leaving.

The protesters were angry that after inviting them from various parts of the country by the Presidential Initiative for Continuous Audit (PICA) for verification in the process of paying their final entitlements, they were left unattended to since Sunday living like refugees.

Chairman of Nigeria Union of Pensioners (NUP), Nigeria Airways branch, Comrade Sam Nzene who spoke with journalists, the consultant who was meant to conduct the screening disappeared claiming that his contract had not been regularised and that government was owing to him.

Since Monday morning, nobody attended to the pensioners and dependants of pensioners that have died.
In October 2018, Ahmed announced that government had released N22.6 billion being 50 percent of what they were being owed.

Verification was thereafter conducted in several locations across the country and 50 percent of their entitlements paid.
However, some missed the verifications while dependants of those who have died were asked to report in Abuja.

Tuesday was the last day of Ahmed in office being the final day of the current administration.

Ahmed had met with heads of parastatals and agencies under her ministry with Senior Special Assistant to the President on National Assembly matters, Senator Ita Enang.

Soon as the potential beneficiaries realised that the officials were about to leave, they blocked the gates chanting solidarity songs.

Efforts by Director General, Pension Transition Administration Directorate, Mrs. Sharon Ikeazor to pacify the protesters failed as they insisted that they must be verified on Tuesday as Wednesday is a public holiday.

It should be recalled that workers unions of the ministry heralded Ahmed into office in October 2018 when she resumed replacing Mrs. Kemi Adeosun and workers blocked her with protest songs as she prepared to leave on her final day at work.
The protesters were still blocking the gates as at 6:40 pm when this story was being filed.