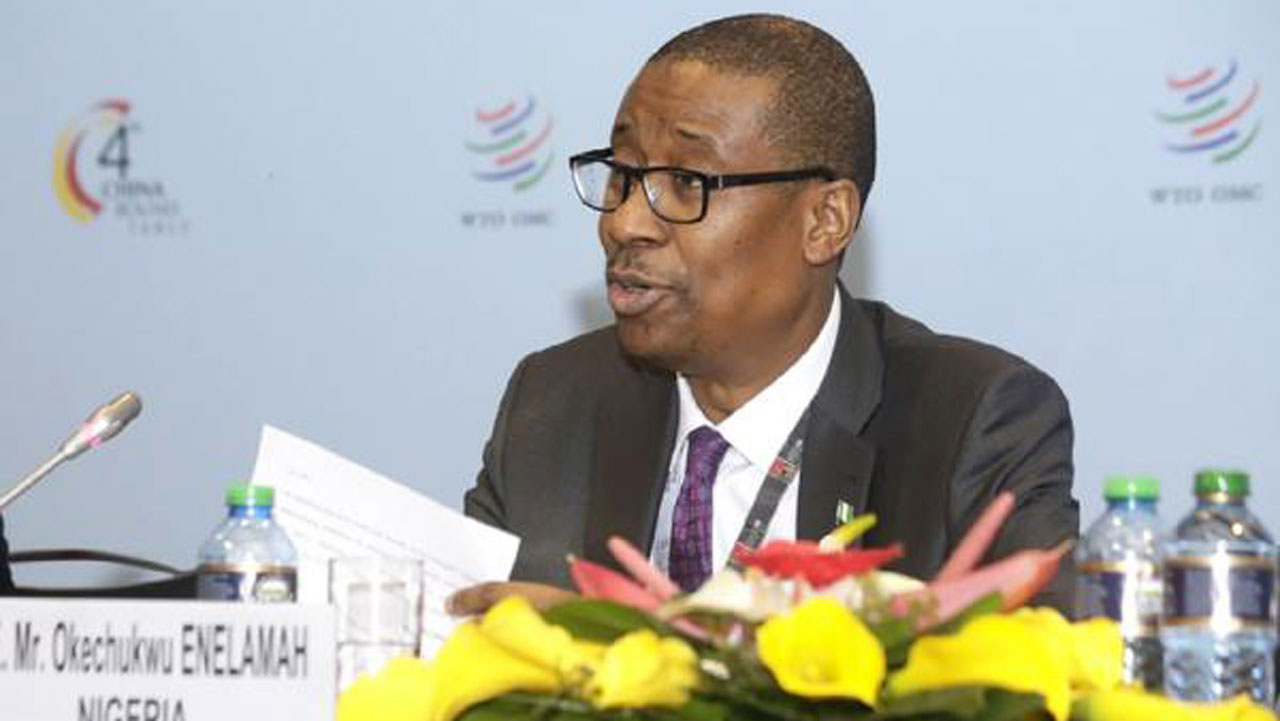 The trade war between the world’s two largest economies, the United States and China, poses more risks than opportunities to the Nigerian economy, ’FEMI ASU writes

Nigeria, Africa’s top oil producer, like many other economies, is not immune to the impact of the escalating trade battle between the US and China, with both countries levying tariffs on each other’s imports.

In December last year, both countries agreed to a truce after months of hostilities and began to talk. But negotiations toward resolving the US-China trade war stalled last week.

The US imposed fresh tariffs last Friday on imports from China, as the Trump administration raised tariffs to 25 per cent from 10 per cent on Chinese imports that are worth about $200bn a year.

The trade war escalated sharply on Monday as China hit back with five per cent to 10 per cent duties on another $60bn worth of U.S. goods, a development that sparked the biggest fall in US stock prices since January.

The International Monetary Fund, in its assessment of the global economy in October last year, warned that the trade war risked making the world a “poorer and more dangerous place,” saying a full-blown trade war between the two countries would put a significant dent in economic recovery.

The Financial Times reported on May 9 that growth in global commerce had slowed sharply since the US-China trade dispute escalated in mid-2018, and an array of economic indicators suggested that the year-long row was having an increasing effect on the global economy.

The Director-General, Lagos Chamber of Commerce and Industry, Mr Muda Yusuf, told our correspondent on Thursday that the trade war would have several implications for Nigeria.

He said, “The first implication will be the implication for the global economy. The US and China are the two biggest economies in the world; so, if they are having issues with respect to trade, it will affect the global economy; it will slow down growth and when we have a slowdown in growth, it will invariably affect commodity prices.

“So, we are likely to see a drop in crude oil price and it will affect Nigeria because we are heavily dependent on oil.”

Yusuf, however, said the second implication would be opportunities created by the trade battle.

He said, “If we had the right kind of environment, this kind of trade war will create opportunities for companies that want to move out of China to other locations. Many companies in China are there to export to the US particularly and other countries.

“So, if being in China will create a problem for access to the US market, some of them will be forced to relocate. So, if we have the right kind of environment, and given the AGOA (African Growth and Opportunity Act) opportunity that we have which we have not tapped into, it is an opportunity for us to attract investors, to come to Nigeria and, through Nigeria, export.

The AGOA is a US trade act that provides duty-free market access to the US for qualifying products produced in designated sub-Saharan African beneficiary countries.

“This trade war has weakened the Chinese currency vis-à-vis the US dollar. And when Chinese currency weakens, it makes it cheaper for those of us who are importing from China to import. The Chinese exports are likely to be cheaper because a major market window (US) for them has been affected, and that has affected their currency,” Yusuf added.

“We should be concerned about how as a country we are going to be more competitive as we go along.”

According to Rewane, a global trade war is followed normally by a currency war.

He said, “China will now manipulate its currency to a lower value so that their exports become cheaper. And if they do that, they will undercut products from other countries and that will lead to a global slowdown, which could lead to a recession. So, a trade war, if not arrested initially – and it will be arrested – then it will lead to a currency war. And a currency war will also affect Nigeria.

“There is a risk if things go out of control; we could end up in a global recession, not a global financial crisis, in which we are also going to suffer as commodity prices will come down.”

A former Director-General, West African Institute of Financial and Economic Management, Prof Akpan Ekpo, said, “Once the tariffs on both countries begin to have effects, it may slow growth in the US and that will slow global growth rate. And once the global growth rate slows down or is sluggish, it will affect Nigeria’s growth performance.

“The US and China are the two largest economies in the world; once they are at loggerheads, their intentions and actions lead to a slowdown in global growth and it will affect most countries. Since we are import-dependent and we export mainly oil, it will also affect Nigeria.”

The professor of Economics and Public Policy, University of Uyo, stressed the need for the Nigeria economy to be “diversified so that we can also export other commodities apart from crude oil.”

He said, “Once China loses trade with the US, it will now look to African countries to make up, especially for the consumer goods, and that is when Nigeria will be affected.

“So, they may decide to move those goods to Nigeria but of very low quality. So, we have to be very vigilant and ensure that the goods that come from China into Nigeria are of high quality. Of course, we are not doing that now.”

Carmen Ling, the global head of the internationalisation of the Chinese currency at Standard Chartered Bank in China, said in October last year that China might boost imports from African countries in its quest for new sources of commodities in the wake of a trade war with the US.

He was quoted by Reuters as saying trade links between the Asian economic powerhouse and African nations had been growing robustly in recent years.

Ling cautioned that there would be no winners from the trade war in the short term, but added some African nations could gain in the long term.

The Managing Director, IMF, Christine Lagarde, said last month that the global economy had “lost further momentum” since January, adding that growth had been slowing largely because of trade tensions and financial tightening last year.

“This is a delicate moment that requires us to ‘handle with care.’ This means that we must not only avoid policy missteps but also be sure to take the right policy steps.”

“A trade war, initiated by the United States, would do serious damage to the global economy as protectionist actions escalate,” experts at IHS Market said in a recent report.

China has faced opposition to some of its global ambitions, mainly in the West but especially in the US, where there has been suspicion of Chinese technology, among others.

US President Donald Trump has complained about China’s trading practices since before he took office in 2016.

The US launched an investigation into Chinese trade policies in 2017, and imposed tariffs on billions of dollars worth of Chinese products last year, and Beijing retaliated in kind.