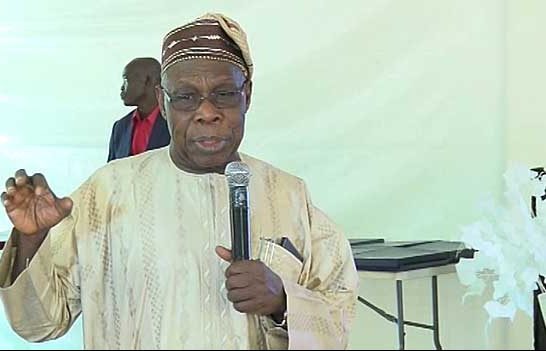 Former President Olusegun Obasanjo has stated that the deadly activities of Boko Haram and herdsmen in the country is no longer as a result of lack of education or employment and now as a result of West African Fulanisation and African islamisation agenda.

Obansanjo made the statement while delivering a keynote titled ‘Mobilising Nigeria’s Human and Natural Resources for National Development and Stability’ on Saturday at the second session of the seventh Synod of the Anglican Communion, Oleh Diocese, in the Isoko South Local Government Area of Delta State.

Obasanjo said, “It is no longer an issue of a lack of education and employment for our youths in Nigeria which it began as, it is now West African Fulanisation, African islamisation and global organised crimes of human trafficking, money laundering, drug trafficking, gun trafficking, illegal mining and regime change.”

The ex-Head of state further stated that the activities of the Boko Haram and herdsmen were underrated from the beginning which resulted into their massive development into a world-rated terrorist group.

He continued: “Every issue of insecurity must be taken seriously at all levels and addressed at once without favouritism or cuddling. Both Boko Haram and herdsmen acts of violence were not treated as they should at the beginning.

“They have both incubated and developed beyond what Nigeria can handle alone. They are now combined and internationalised with ISIS in control.

“We could have dealt with both earlier and nip them in the bud, but Boko Haram boys were seen as rascals not requiring any serious attention in administering holistic measures of stick and carrot. And when we woke up to the reality, it was turned to industry for all and sundry to supply materials and equipment that were already outdated and that were not fit for active military purpose.

“Soldiers were poorly trained for the unusual mission, poorly equipped, poorly motivated, poorly led and made to engage in propaganda rather than achieving results. Intelligence was poor and governments embarked on games of denials while paying ransoms which strengthened the insurgents and yet governments denied payment of ransoms. Today, the security issue has gone beyond the wit and capacity of Nigerian government or even West African governments.”