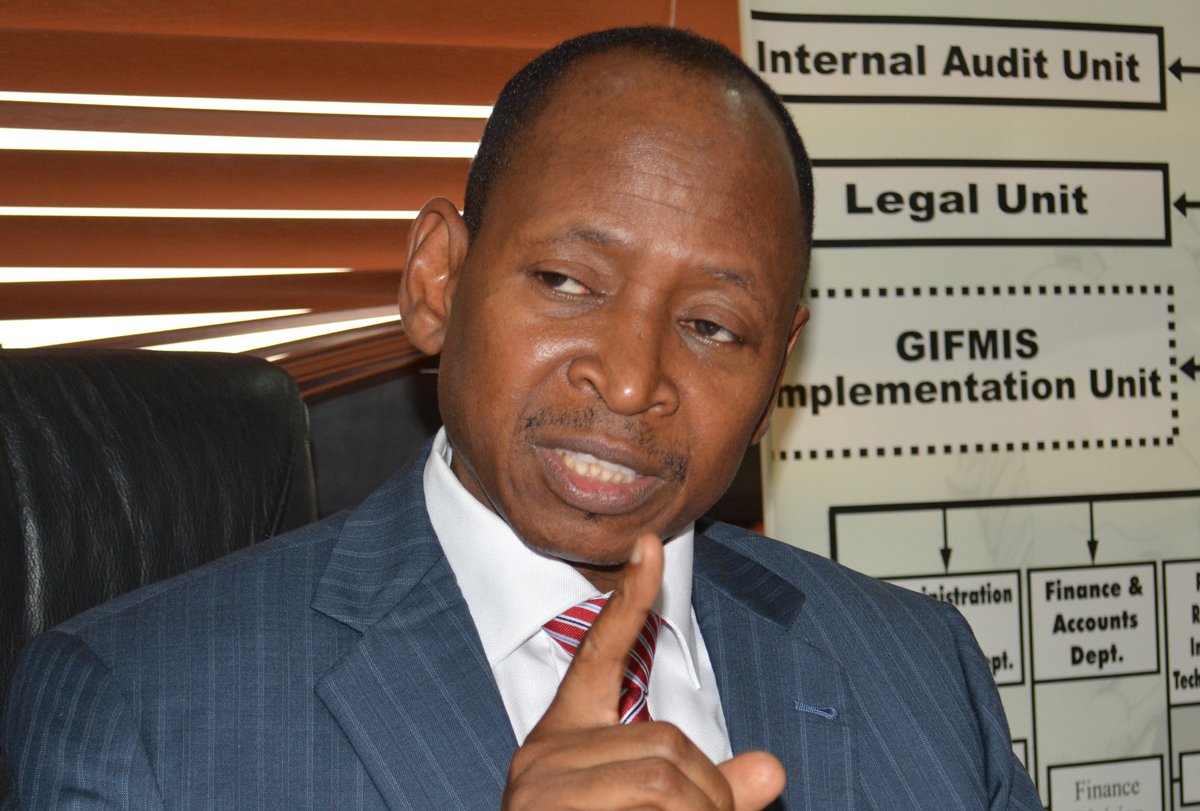 SEVEN years after it was created, the Treasury Single Account (TSA) has yielded more than 30 trillion turnover for the Federal Government, the Accountant-General of the Federation (AGF), Idris Ahmed, said yesterday.

He told reporters on the sideline of a study visit by Gambian delegates to Abuja, that the turnover was in terms of transactions.

The TSA, he said, “is a fluid account and so, it will be difficult to state specifically how much is in the account at any point in time”.

He said The Gambians have a lot to learn from Nigeria’s public finance management initiatives.

Speaking at the event, Mrs. Ahmed admitted that bringing in revenue generated in different currencies by foreign missions has been one of the major challenges facing the full implementation of the TSA.

To address the challenge, the finance minister said: “The government is looking at a different option to interface with TSA for foreign missions.”

She told the visitors that with the introduction of TSA, balances in the account are regularly reconciled.

She also urged The Gambians to take advantage of their two-week study stay to visit some states in the country that have implemented a different variant of the TSA from the Federal Government.

The Permanent Secretary in The Gambian Ministry of Finance & National Planning, Madam Ada Gaye, said they were in the country to learn from how Nigeria has managed its TSA as part of the public finance reforms taking place in her country, especially the monitoring of funds.

Also speaking, the Accountant General of The Gambia Mr. Momodou Lamin Bah, said they were in Nigeria to understudy TSA management, having being told by the International Monetary Fund (IMF) that Nigeria’s TSA was a reference point for other African countries to rely on to develop their own TSA.

The Gambian delegation, he said, was funded to attend the study by the European Union (EU) which also acknowledges Nigeria’s impressive handling of the revenue collection model.