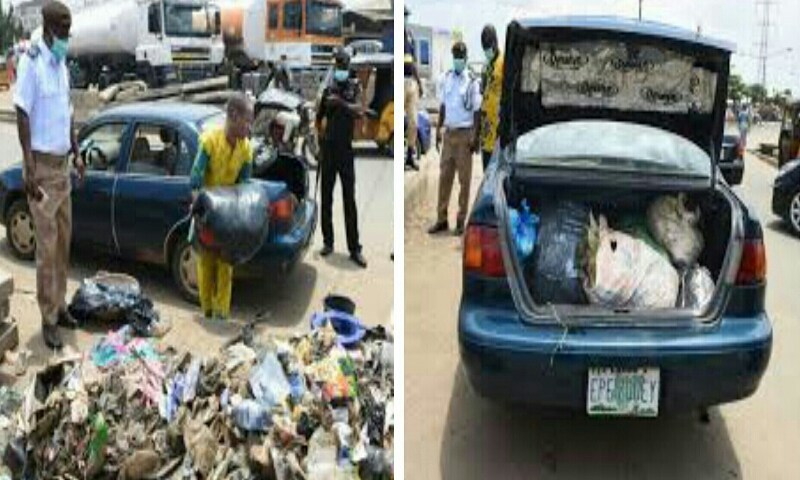 The police and waste managerment agency in Lagos state caught the man pictured above, dumping refuse on the median in Ejigbo LCDA.

As punishment for his improper act, he was made to clear all the refuse on that spot with his car and led to his house where he explained his nefarious act to members of his community.

He was also reportedly made to keep the refuse within his premises for a while, and was later asked to seek the assistance of an assigned waste operator to remove the refuse and register the premises for patronage.