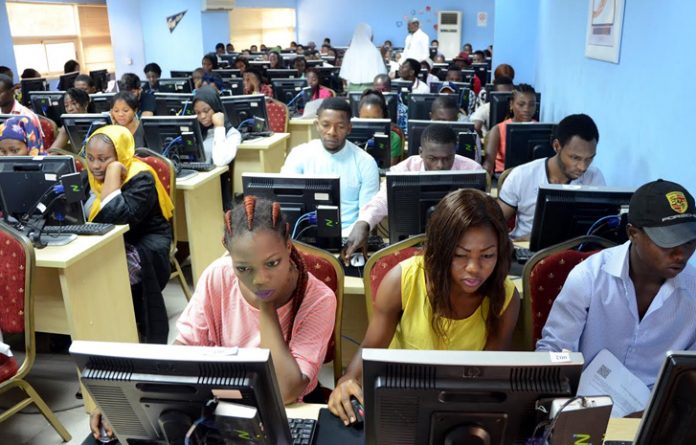 Breaks record with 347 scores Won’t be admitted in Unilag, his choice of school due to age, says JAMB Registrar.

Trailed by 16 year old boy who scores 346 Both two leading candidates from Imo, Abia states By Joseph Erunke As the Joint Admissions and Matriculation Board, JAMB, released the results of the 2019 Unified Tertiary Matriculation Examinations, UTME, a 15-year-old boy from Abia State emerged the best candidate by scoring 347 marks considered as the highest by board.

Similar, a 16-year-old boy from Abia State came second by scoring 346 marks just as a 17 year old from Osun State trailed behind with 345, considered by the board as the third best result in the 2019 UTME. But the Registrar of JAMB, Prof Ishaq Oloyode, who announced this at a media briefing, Saturday, however, said the best candidate may not be admitted in the University of Lagos,which he chose as his first choice because of age.

He gave the names of the three best candidates as Ekene Franklin: Igban Emmanuel Chidiebube and Oluwo Isaac Olamilekan Oloyode did not disclose the intended courses of the best performing students.