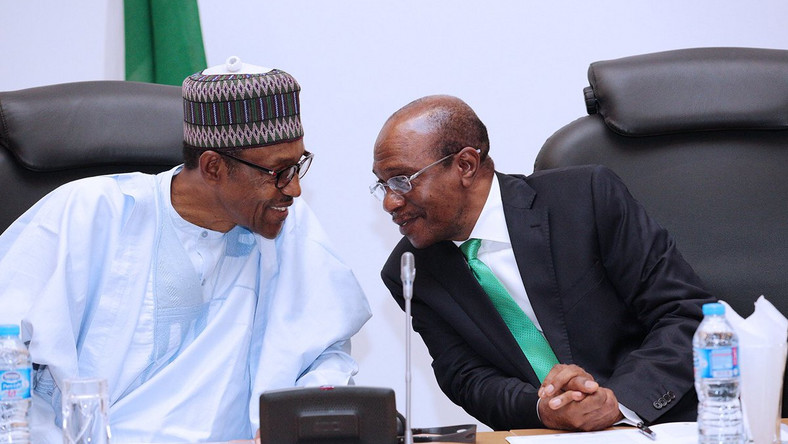 The Central Bank of Nigeria (CBN) governor Godwin Emefiele is set to become the first governor of the apex bank to serve a second term since Nigeria’s return to democratic rule in 2019.

Already, President Muhammadu Buhari has requested the Senate to confirm the CBN governor for another term of five years.

Emefiele had earlier confirmed his re-nomination at the Association of Assets Custodians of Nigeria (AACN) conference in London, on Thursday.

Daily Trust learnt that Emefiele was reappointed by the president because of his commitment to funding agricultural activities.

“You know the president believes he did quite a lot in the area of agriculture, particularly rice farming. And you also know that the CBN has been supporting farmers and entrepreneurs through various policies including the Anchor Borrower Programme.

“So the president believes having been a part of this arrangement and knowing the focus of the government, Emefiele should remain so that the feat achieved can be sustained and improved upon,” a source told Daily Trust last night.

Another source said the CBN governor seems to understand the body language of the president when it comes to defending the naira against devaluation.

“So he has earned the confidence of the president by toeing this line,” the source added.

However, some believe Emefiele was given the nod to do another five years at the apex bank because of the ‘good relationship’ he enjoys with people close to the president.

Many names have been mentioned as possible replacements to Emefiele before the president’s letter to the Senate.

The names included that of Aishah N. Ahmad, a deputy governor at the CBN in charge of Financial System Stability.

Others included a former finance minister and Vice President of Islamic Development Bank (IDB) Mansur Muhtar; the Managing Director/CEO of Asset Management Corporation of Nigeria (AMCON) Ahmed Lawan Kuru; as well as Kingsley Moghalu and Obadiah Mailafia, both former deputy governors at the CBN and presidential candidates in the 2019 elections.

Experts have reacted differently to the reappointment of Emefiele for a fresh term of five years.

He has also attributed Nigeria’s rising foreign reserves and drop in inflation to the policies of the CBN led by Mr Emefiele.

According to him, Emefiele has worked hard to stabilize the economy, stability in the exchange rate and exit from recession, adding that the Buhari government even campaigned for its second term on the success of the Anchor Borrowers Programme.

Prof. Uwaleke, however, advised the CBN governor to ensure the country keeps a low-interest rate regime environment in partnership with fiscal authorities.

Dr Bongo Adi, a lecturer at the Lagos Business School, Lagos, said CBN under Emefiele has to reconsider its monetary policy positions.

He said the “CBN governor’s monetary policy hasn’t worked for this economy. Some people, including myself, think that he hasn’t done a wonderful job. So except he has rebirth in the second tenure, the economy will not be able to generate the level of growth that will account for our population increase.”

Analysts including Mathias Althoff, a money manager at Tundra Fonder AB, said Buhari’s decision to give Emefiele a second term is unlikely to usher in major reforms.

“The likelihood of either the Buhari administration or the central bank under Emefiele doing anything other than what we’ve seen in the past four years is very low,” Bloomberg quoted Althoff as saying.

“The independence of the central bank is, rightfully, questioned. I don’t believe Emefiele is strong enough, nor has he indicated any will to make any major changes to the current foreign-exchange regime.”