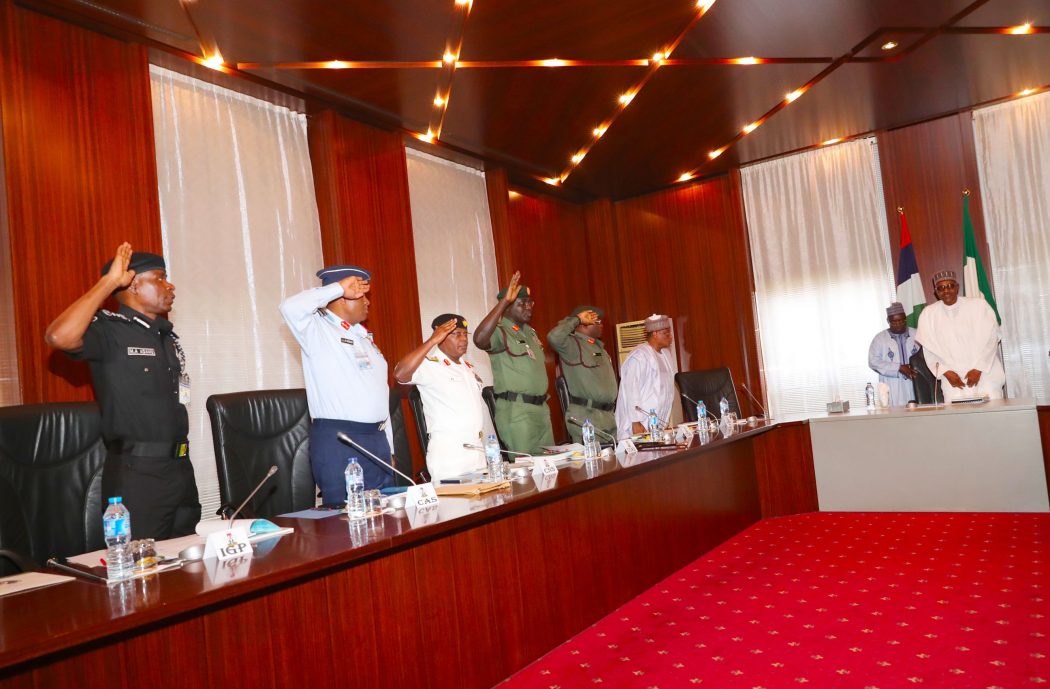 IF the words of Chief of Naval Staff (CNS) Vice Admiral Ibok-Ete Ibas are anything to go by, the security situation is improving contrary to widespread views that kidnapping is on the rise.

According to the CNS, the number of kidnapping has dropped, adducing the feat to the introduction of Operation “Puff Adder”, following President Muhammadu Buhari’s directive to the Acting Inspector-General (IG) Mohammed Adamu.

Vice Admiral Ibas spoke after he and other Service chiefs and heads of other security agencies, briefed President Buhari at the State House, Abuja, on the security situation in the country.

It was learnt that the briefing went on for about four hours.

The President renewed his directive to the security chiefs to end all security challenges.

Yesterday’s was the second within the week that the President will be meeting with the security chiefs. He had on Tuesday received briefing from them at the Presidential Villa, Abuja.

Briefing State House Correspondent at the end of the meeting, Vice Admiral Ibas said the President ordered them “to ensure that Nigerians go to bed with their eyes closed, feeling confident that their security is guaranteed.”

On the importance the meeting said: the CNS said: “It was just basically to appraise Mr. President of the security situation generally after his short vacation abroad. The security agencies briefed him on what has been happening with particular emphasis on the proliferation of small arms and what the various agencies are doing to curtail the consequences of this proliferation.

“He has also given directives that the agencies should do much more to ensure that Nigerians go to bed and wake up feeling healthy and confident that their security is guaranteed.”

READ  Days After Disappearance, Manhood Returns But Not Working

On kidnapping, the Naval chief said: “You will recall during the last meeting, the IG was directed to ensure insecurity is addressed and consequently various operations were set up; Operation Puff Adder was one of the strategies.

“With the setting up of that operation, there has been a remarkable drop in kidnapping. What normally would attract attention is when a key person in government perhaps is kidnapped. On the whole, the number of kidnappings has dropped and generally I think the security situation is improving.”

He said: “Serious efforts are being made, key suspects have been arrested and it is hoped that in a short while, those behind the heinous crime will be brought to book.”

Umar was kidnapped by four unidentified gunmen at his residence shortly after he returned from the mosque.

Besides the CNS and the IG, others in attendance are: Chief of Defence Staff (CDS), General Gabriel Olonisakin; Chief of Army Staff (COAS) Lt.-Gen. Tukur Buratai and Chief of Air Staff (CAS) Air Marshall Abubakar Sadique.