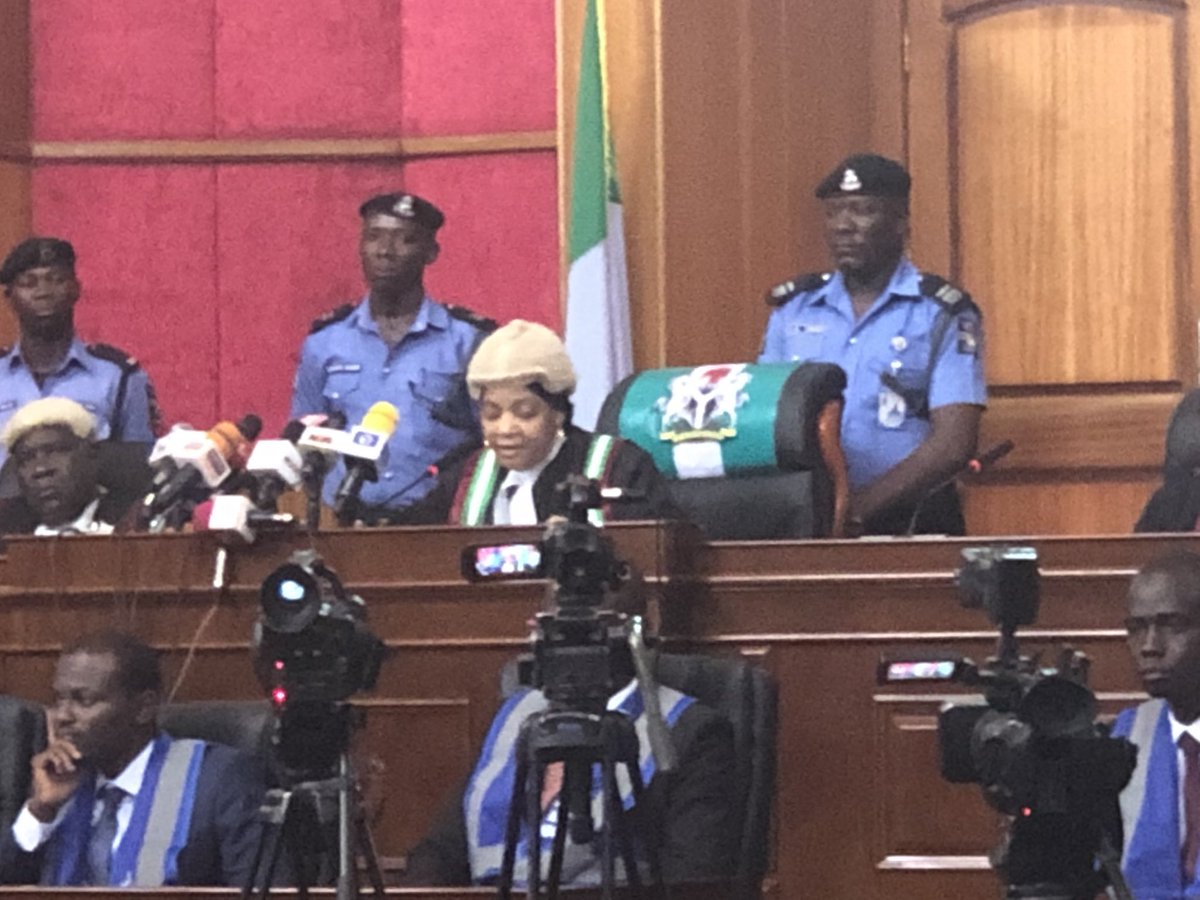 A secret memo submitted to President Muhammadu Buhari by the Department of State Services (DSS), has indicted the President of the Court of Appeal and Chairman of the 2019 Presidential Election Petition Tribunal, Justice Zainab Bulkachuwa.

The DSS described Justice Bulkachuwa as “incurably corrupt” in the memo according to a report by 247ureports.com.

In the secret memo to the President, the secret police accused Justice Bulkachuwa of engaging in bribery and taking kickbacks from judges she assigned to lucrative and juicy cases.

The 2019 Presidential Election Petition Tribunal Chairman is the wife of Adamu Mohammed Bulkachuwa, who is currently a Senator-elect representing Bauchi North Senatorial District, on the platform of the All Progressives Congress (APC), Nigeria’s ruling party.

A report monitored by Naija News on 247ureports.com says President Buhari and the APC, deliberately ceded the Bauchi North Senatorial ticket to Mohammed Bulkachuwa in order to use him to influence his wife, who the APC believed will head the 2019 Presidential Election Petition Tribunal before the justices for the tribunal were unveiled.

The report added that President Buhari and the APC, planned a total and complete infiltration of the judiciary before the 2019 General Elections, by removing Justice Walter Onnoghen as Chief Justice of the Federation and deliberately making Justice Bulkachuwa’s husband a Senator in order to influence her decision at the upcoming Presidential Tribunal.

In the report, the online news platform alleged that the APC may have ordered the Bulkachuwas to trash all Appeals of the PDP emanating from the NASS and Governorship Elections Tribunals in favour of the ruling APC as evidenced in Thursday’s ruling of the Appeal Court on the Osun Governorship Election.

“‪Justice Bulkachuwa is an interested Party, accused of corruption and is therefore not competent to chair the 2019 Presidential Election Petition Tribunal. She should recuse herself immediately as her membership of the panel will render the panel invalid, biased and partisan”, a source at the Appeal Court told 247ureports.com under the condition of anonymity.