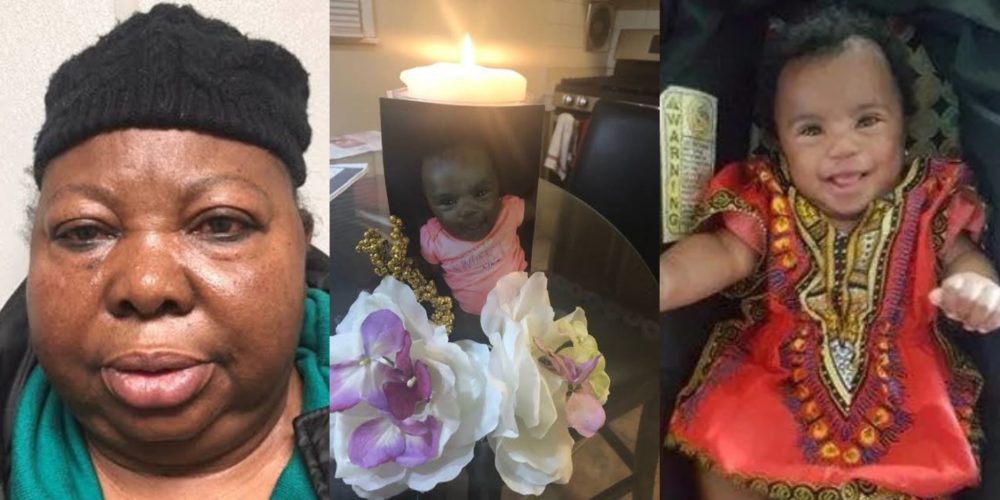 A Nigerian mother, Mrs. Oluremi Adeleye, whose actions led to the death of an 8-month-old baby in Maryland, United States, has been sentenced to 15 years in prison.

Adeleye, 73, broke down crying in court as she spoke through an interpreter, saying, “It was a mistake. I did not want to kill that child.”

Adeleye was found guilty in a bench trial in February of child abuse and second-degree murder.

The US Prosecutors said Adeleye forced milk down the throat of 8-month-old Enita Salubi in Glenarden in October 2016, suffocating the child.

The incident was captured on a nanny camera. The defense had argued that force-feeding was a common practice in Nigeria from where Adeleke came from.

Prosecutors said Adeleye was a live-in nanny at a couple’s home in Prince George’s County when one 8-month-old Enita Salubi died on Oct. 26, 2016.

Adeleye was asleep on a couch inside the house when the baby, who was in a walker, began crying and woke the nanny, police said.

Police said a video surveillance camera shows the nanny tried to feed the baby, but without success.

Adeleye then pulled the baby from her walker, removed the nipple from her bottle and forcefully fed her, police said.

Adeleye poured “eight ounces of milk down the child’s throat in less than 30 seconds, essentially drowning her,” the Prince George’s County State’s Attorney’s Office said in a statement.

The baby appeared to squirm and resist while being fed the first bottle, and then Adeleye forced the contents of a second bottle into her mouth, documents said. After the baby became unresponsive, Adeleye called the baby’s father, who dialed 911 as he raced home. Enita Salubi was rushed to a hospital, where she died.

READ  Baby Found Dead After Being Abandoned In A Carton In Onitsha, Anambra (photos)

The presiding judge Karen Mason said while she did not believe Adeleye was an “evil-intentioned baby slayer,” Adeleye knew or should have known her actions could result in the death of the child.