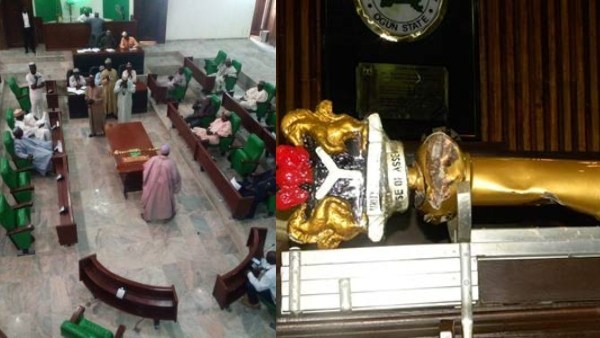 Crisis on Tuesday hit the Jigawa State House of Assembly over an attempt to amend the 2015 House Standing Rule aimed ‎ at regulating some problems in the house.

The trouble started when the Speaker of the House, Alhaji Isa Idris, announced the decision to amend the house standing rule that stipulates that all former assembly speakers and deputy speakers‎ cannot vie for the position of speaker again in subsequent assemblies.

The proposed amended rule will also disqualify any principal officer that was suspended or impeached to re-contest for the position of speaker again.

“Any member, who was previously impeached from the office of the speaker, deputy speaker, majority leader, minority leader, or chief whip, shall not be eligible for reelection or re-appointment as principal officer of the Jigawa State House of Assembly,” the law said.

Trouble, however, started when some members, who wished to return a former speaker, who was impeached three years ago kicked against the decision.

The member representing ‎Yankwashi state constituency Abdulrahman Alkassim, led the crusade by opposing the proposed amendment, which was also supported by a vast majority of the members.

The opposing members were also challenged by other members that wanted the amendment, which may in the end scheme out a former speaker that was impeached from re-contesting for the speakership position which lead to the destruction of the assembly mace.

Findings by our reporter showed that there were underground movements by some members to impeach the present speaker, Alhaji Isa Idris and replace him with the impeached former speaker, Alhaji Idris Garba.

Meanwhile, security operatives have barricaded the main entrance of the assembly, thereby denying other staff and journalist entrance into the Assembly.

The House has adjourned the sitting to Thursday 9th May 2019.