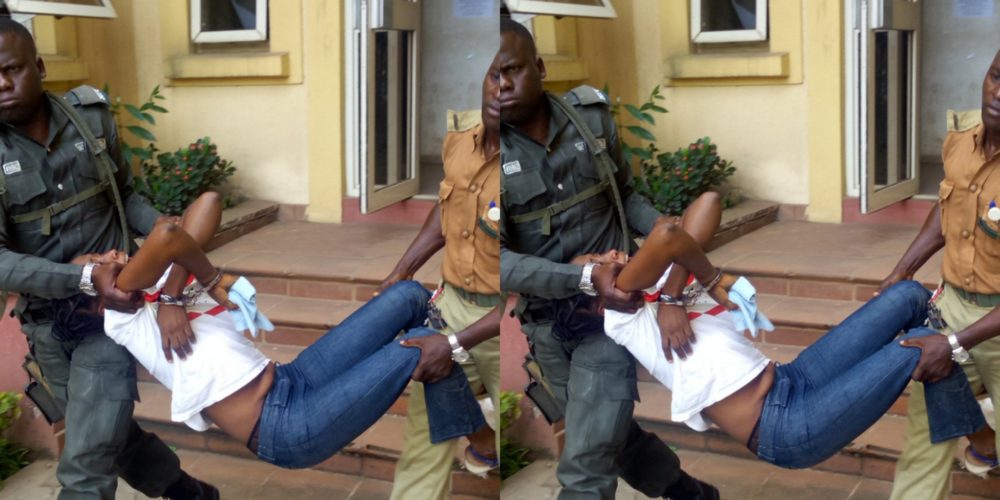 A 36-year-old woman, Stella Gilbert, has been sentenced to death by Ikeja high court on Tuesday, for stabbing her neighbour, Mrs Stella Godwin, during a fight at their residence in Ajegunle, Lagos.

The convict stabbed the deceased on the chest and arm with a knife during a fight.
Murder contravenes Section 221 of the Criminal Law of Lagos 2011 and is punishable with death by hanging.

The fight was reportedly over a bench in the premises of their single room apartments also known as ‘face’me-I-face you’.

The fight was caused by an argument over who should be using the bench belonging to their former neighbour.

Justice Raliatu Adebiyi sentenced Gilbert after dismissing her claim of self defence.
The judge held that the prosecution proved its case beyond reasonable doubt.

The judge remarked that a lot of cases in courts were caused by animosity and violence due to individuals living in close proximity in the metropolis. She said that the situation called for improvement in social housing in Lagos State.

READ  Policeman In Critical Condition After He Was Battered With Cutlasses, Broken Bottles By Hoodlums In Mile 12, Lagos State (Photos)

“From the evidence, the fight took place in a room; though no evidence was given about the size of the room, it could not have been a very large room. The evidence was that the deceased and the defendant lived in a house consisting of rooms occupied by families popularly called ‘face-me-I-face-you’. It is worrisome that the level of violence, unnecessary animosity and death, which occur among our citizens as a result of living together in close proximity without sufficient personal space and boundaries, remain unabated. There is clearly a need to improve social housing and living conditions. The court hopes that this message will be conveyed to the necessary authorities through prosecutors who have the responsibility to prosecute these cases and should be able to provide vital statistics,” she urged.

Following the conviction of the Gilbert, her counsel, Mr Y. E. Yusuf, prayed the court to temper justice with mercy.

“The defendant has been in detention for six years; during that time, she lost both parents and her brother. She is in her late 30s and unmarried, she has gone through a lot. She was not harbouring the intent to murder when the incident occurred. I want my lord to temper justice with mercy and refrain from giving the defendant the maximum sentence,” Yusuf urged.

However, the judge passed death sentence on Gilbert.

“The defendant, Stella Gilbert, is hereby sentenced to death. May God that grants life have mercy on your soul,” she said.

On hearing the sentence, Gilbert collapsed on the dock. Wailing loudly, she said:

“Please ma, temper justice with mercy, why me oh, only me…”

In her tears, she was led out of the courtroom and had to be carried by a mobile policeman and a prison warden out of the court complex to avoid disruption of proceedings in other courtrooms due to the commotion.