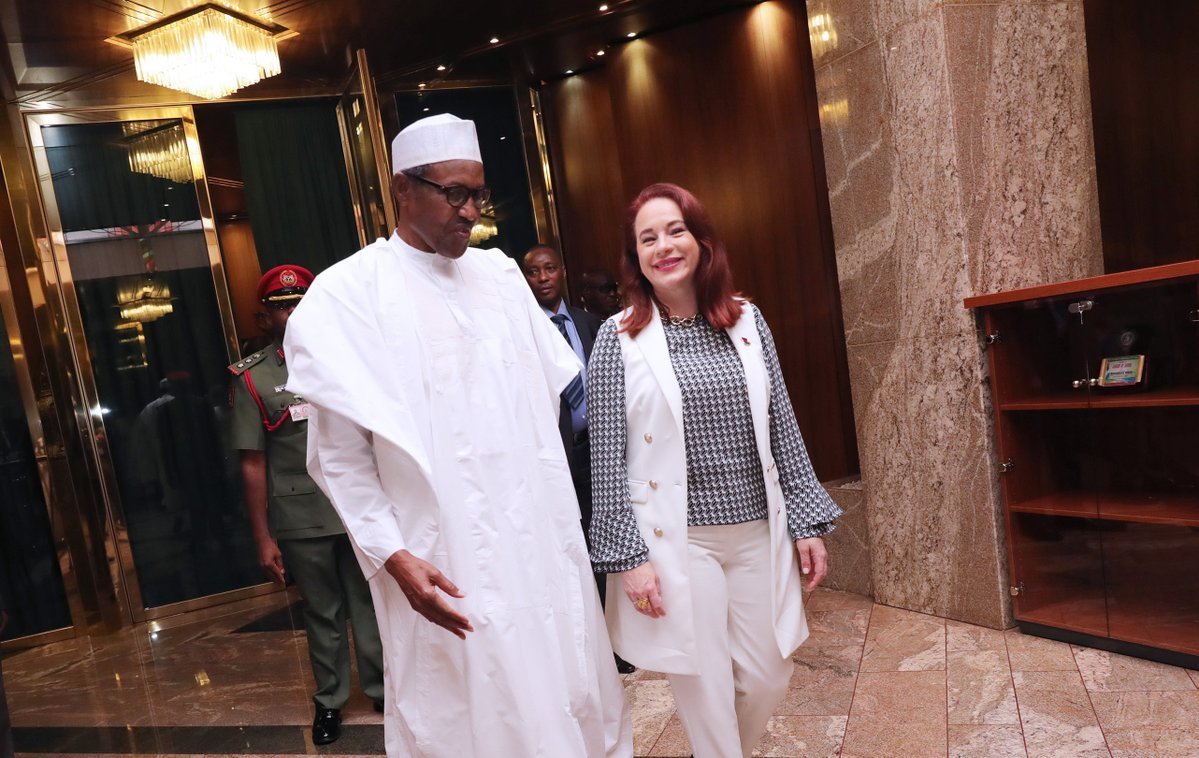 The President of the 73rd United Nations General Assembly (UNGA), María Espinosa-Garcés, says UN will work with Nigeria and West Africa region to tackle development and security challenges together.

Espinosa-Garcés said this when she paid a courtesy visit to the Foreign Affairs Minister, Geoffrey Onyeama, on Tuesday in Abuja

She said issue of security and climate change were important to the UN, adding that the organisation would work with the region to tackle development and security challenges together.

The president said that there was the need for an alliance of multiple countries pursuing a common goal in addressing challenges in the region.

According to her, multilateralism is the only way to tackle and address the global challenges, impacting lives and livelihood across the world, including climate change.

“In this very region the impact manifested in the decline of Lake Chad Basin and its cascading effects on the environment, on the insecurity and violence, displacement and refuges are all interlinked.

She said that she was very delighted to meet women, students, young people and hearing their experiences.

Espinosa-Garcés said that women had a vital role to play in helping to ensure that Nigeria meets 2030 agenda for sustainable development.

“We have a very able UN team here that is working side-by-side with the government to face the multiple challenges that this country faces.

“However, I think the advantage we have is the strong commitment of the government to deliver and tackle the multidimensional challenges,” she said.

Espinosa-Garcés, however, said that she was of the belief that the regional response was extremely important on the issue of security in Nigeria and in the region.

She said that the Multinational Joint Task Force had a great role to play, but was only a part of the equation.

According to her, on the Nigeria and West Africa security challenges, I think the regional response is extremely important, the Multinational Joint Task Force has a great role to play.

“What I mean here is that the security efforts, this joint task force works together with the UN.

“This has to be accompanied by a very strong affirmative action in terms of development, in terms of inclusion, looking at the excellent initiatives of this country to resettle and accommodate the internally displaced people.

“How to address the refugee crisis and how to improve the quality of education, access to health services;

On the issue of climate change, she said that the shrinking of Lake Chad was a major concern and important to the UN as it is connected with the livelihood of 30 million people.

The UN President said the implication of the shrinking lake had a great implication on the lives of the people in the area in terms of lives and food security and development among others.

“So, that is a very touching example of how we need to tackle development and security together.

“So, that is a very touching example of how we need to tackle development and security together,” she said.