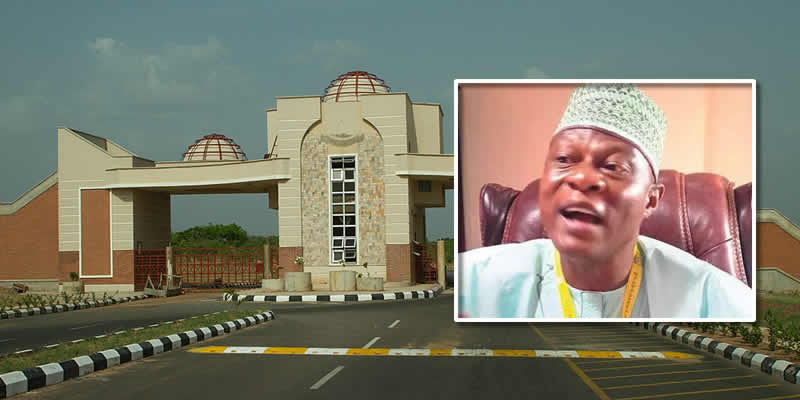 The Vice-chancellor of Kwara State University, Professor Abdulrasheed Na’Allah has been removed from office with immediate effect.

A statement by the Kwara government directed him to immediately step down for Professor Kenneth Adeyemi who will serve as acting Vice Chancellor while Mr Naalah proceeds on terminal leave.

The ousted VC would have remained in office till July 27 when his tenure expires. The Kwara State Commissioner for Tertiary Education, Science and Technology, Abdullahi Alikinla, urged Adeyemi to “take charge of responsibilities relating to the smooth running of the institution in accordance with the law establishing it.”

Alikinla said Governor Abdulfatah Ahmed took the decisions regarding the two professors in the exercise of the powers conferred on him by the Kwara State University Law 2009, as amended. The law, he said, empowers the governor, as the visitor to the University, to appoint and remove the Vice Chancellor for good cause and following due consultations.

The state government did not give any reason for the sudden removal of Mr Na’Allah, the pioneer head of the institution. However, the Nigerian Tribune is quoting the chairman of the university’s governing council, Saka Nuru, as dissociating the council from the governor’s action.

“This directive is not in tune with the University’s law and is going to lead to distraction from the Rain Semester examination and the process appointment of principal officers that are currently in progress,” the newspaper quoted Professor Nuru as saying.

“This action of the state government is illegal and the Governing Council of KWASU has no hand in the directive.” Mr Na’allah, 56, was appointed vice-chancellor at the inception of the university in the 2009-2010 academic session. Mr Adeyemi, 69, was a professor of operations research and business development at Covenant University.