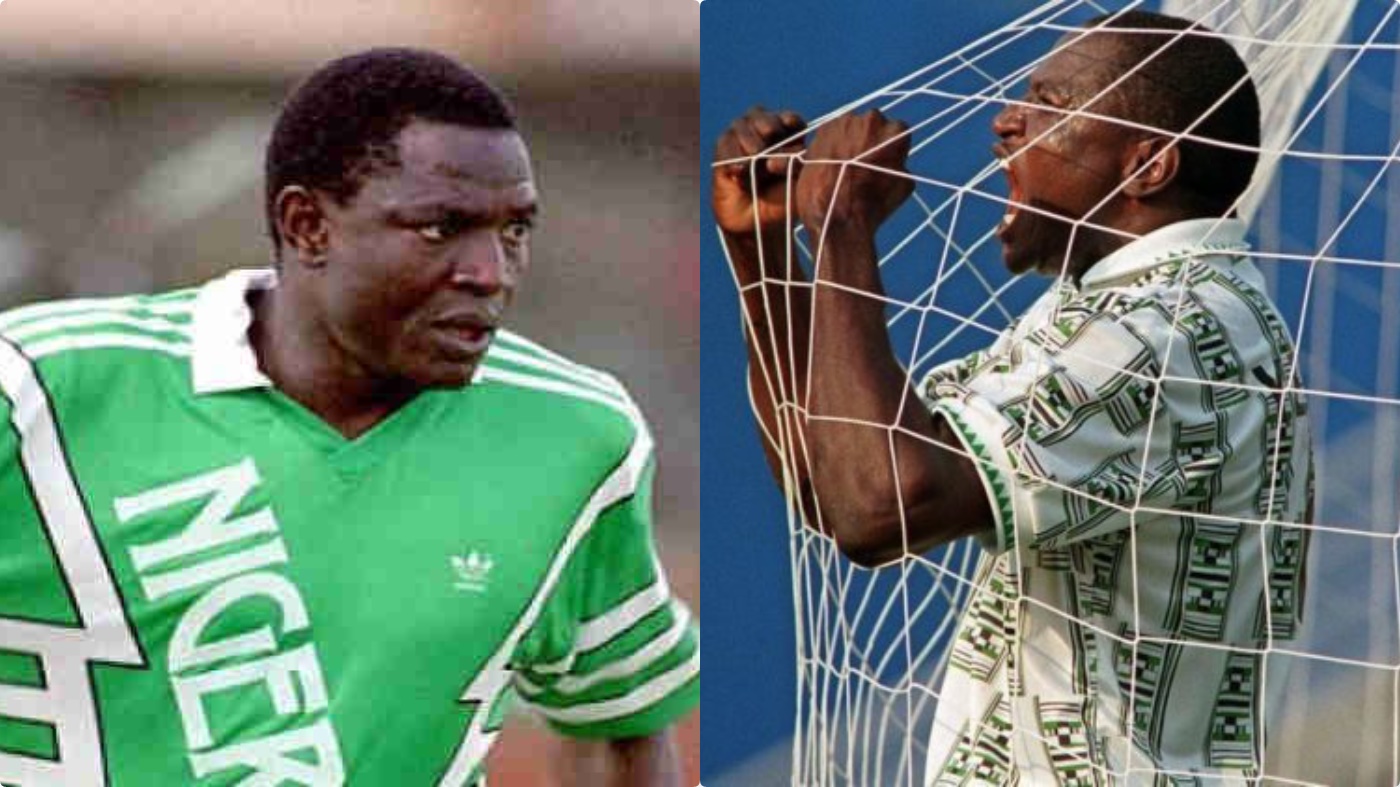 The football bodies paid their tributes to Yekini after his death of seven years ago.

The 1993 African footballer of the year was born in Kaduna State started his professional footballing career in the Nigerian league, before moving to Côte d’Ivoire to play for Africa Sports National.

Yekini before his death had also played for the Portuguese side, Vitoria de Setubal, where he became the top goal scorer of the country’s first division in the 1993–94 Season, with 34 goals in 32 matches.

While celebrating his active performance in football, the soccer bodies took to their twitter handle to tweet as thus;

The legend of Rashidi Yekini lives on. On this day in 2012, Nigeria’s all time top scorer passed on to glory. Keep resting in power, Goals-Father. #WeRememberYekini pic.twitter.com/hnqnSAQbWH