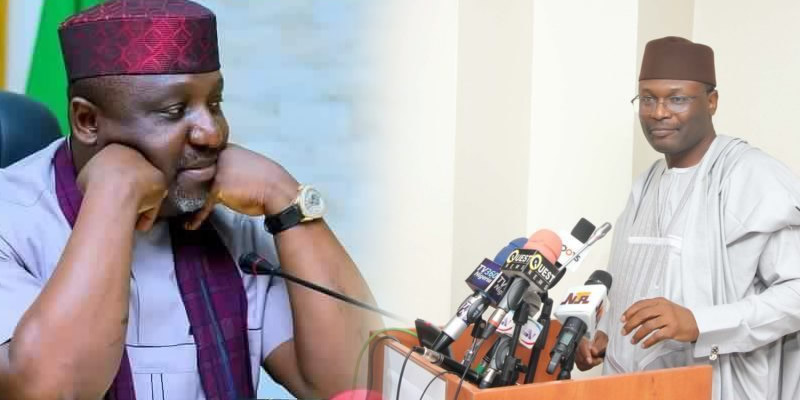 The Independent National Electoral Commission INEC has disclosed it would meet next week to take a decision on the latest letter written by the incumbent Governor of Imo State, Rochas Okorocha, challenging its powers to withhold his Certificate of Return. Okorocha was the candidate of the ruling All Progressives Congress in the February 23 Imo West Senatorial election.

The commission withheld his certificate of return after the Presiding Officer had declared him winner of the election. INEC claimed the declaration was made under duress.

Okorocha, amongst other measures to reclaim his mandate, wrote the INEC chairman, Prof. Mahmood Yakubu, insisting it was unlawful for the Commission to deny him a certificate of return as senator-elect.

Reacting yesterday in Abuja, Festus Okoye, INEC commissioner for information and voter education, stated that though both parties were in court over the issue, the commission’s chairman would meet with commissioners to deliberate on the issue and decide on the next line of action.

“INEC chairman will meet next week with Commissioners to deliberate on the latest letter written by Okorocha and take a look at the issue again. Both parties are in court, but the INEC chairman is outside the country and most of the commissioners are on duty,” Okoye said.

The INEC Commissioner further stated that the commission was not concerned about comments attributed to the Governor on the issue, stressing that it would, however, not take any action that is outside the law.

“The case is in court but we believe what we are doing is in accordance with the law,” Okoye added.