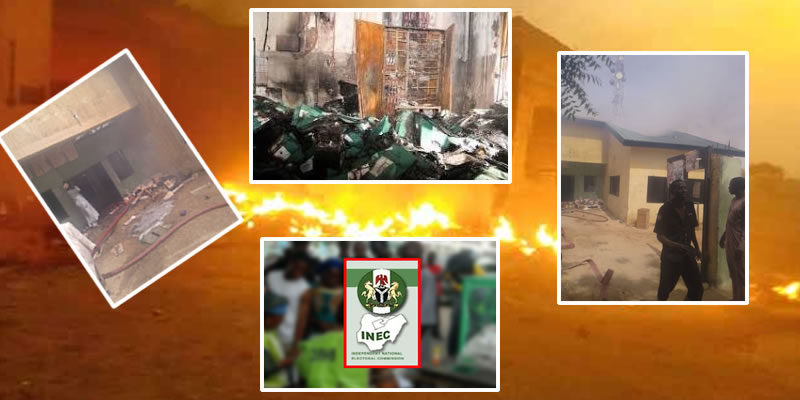 Fire has destroyed the office of the Independent National Electoral Commission (INEC) in Gumel Local Government Area of Jigawa State. NSCDC spokesperson in the state, SC Adamu Shehu, confirmed the incident to DAILY POST in Dutse.

He explained that the cause of the fire, which started around 9:30 of Thursday morning, might not be unconnected with electricity that was restored around that time by the electricity distribution company around the area.

Adamu said the office was completely razed down with everything in it destroyed, including important documents, furniture, generators, electronics and computers and other working materials.

He said the inferno last about three hours before it was quenched completely by security operatives, including the State Fire Service, men of security and civil defence and some good members of the community.

Meanwhile, no casualty was recorded as at press time.