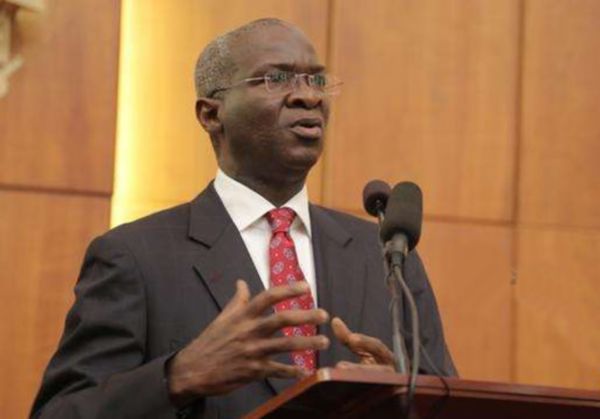 The Minister of Power, Works and Housing, Mr Babatunde Fashola, has replied those criticising the Federal Government for borrowing funds.

Addressing reporters in Ilorin, the Kwara State capital, he asked such people to provide an alternative to sourcing for funds.

“Those who say we shouldn’t borrow must have an alternative answer to where we will get the money. Those who don’t support borrowing, are they ready to support increased taxes?” he asked.

The minister blamed the slow pace of works on the federal road across the country on the paucity of funds.

He went on to defend the decision of the government to borrow monies to fund its various projects in the country.

“Where do we get the money,?” Fashola queried. “It is not from President Muhammadu Buhari’s salary or the National Assembly’s salary; we are talking about quantifiable, substantial billions of naira that need to be spent to pay.”

The minister added, “That is how you move money around the economy because once you pay the contractors, they order sand, cement, iron rods.

“They don’t keep all those things. Where the money stops, supply stops.”

Fashola gave assurance that the government would continue to improve the economic wellbeing of the people through infrastructural development in the country.