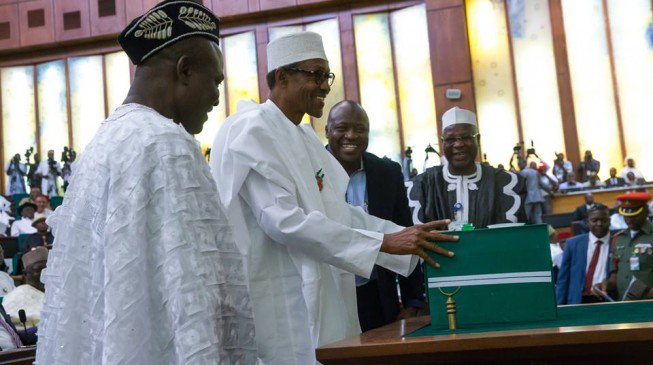 The House of Representatives on Tuesday said the National Assembly would transmit the approved 2019 Budget of N8.92trn to President Muhammadu Buhari on Thursday.

Chairman of the House Committee on Appropriation, Rep. Mustapha Dawaki, made this known while briefing newsmen after plenary in Abuja.

Dawaki explained that the increase in total budget from N8.83trn was due to the inclusion of funds for “special interventions’’ made by the National Assembly.

He said that the interventions included the provision of N24.6bn as severance allowance for outgoing lawmakers and N10bn for Zamfara terrorism.

The lawmaker said that the Christmas break and the general elections accounted for the delay in the passage of the budget.

“The President laid this budget on December 18, 2018, but certain extraneous forces such as the Christmas and New Year breaks also affected the quick passage of the Appropriation Bill.

“And, don’t forget that we had to go on break to fully participate in the February polls; all these were distractions that really affected the passage of the Appropriation Bill.

“Hopefully, by Thursday the budget will be transmitted to the president for his assent.

“We left the oil benchmark and exchange rate as sent by the executive, except for the deficit which we adjusted,’’ Dawaki said.